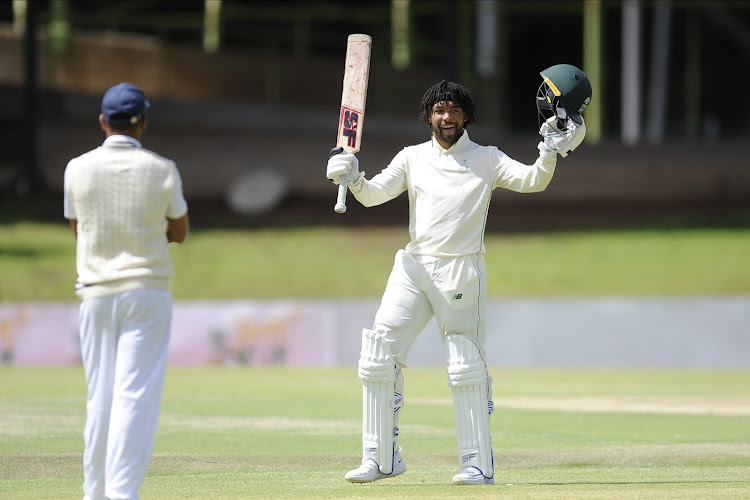 Tony de Zorzi continued his domestic form with the bat to bring up his fifth first-class hundred with an innings of 117 off 186 balls.
Image: Cricket South Africa

The SA A side overcame a tricky start on day one of their first four-day match against India A thanks to crucial centuries from captain Pieter Malan and Tony de Zorzi as the hosts reached stumps on 343/3 at the Mangaung Oval in Bloemfontein on Tuesday.

All three matches in the series will be streamed live via SuperSport’s YouTube channel and SuperSport Channel 246 on the DStv Now App between November 23 and December 9.

After losing the toss and being asked to bat, the SA A side lost two quick morning session wickets with Navdeep Saini (1-57) and Arzan Nagwaswalla (1-58) striking early for the visitors before Malan and De Zorzi combined for a third wicket stand of 217 to put SA in control.

De Zorzi continued his domestic form with the bat to bring up his fifth first-class century with an innings of 117 off 186 balls (18 fours).

His former provincial teammate, Malan, went one better to finish the day unbeaten on 157 off 258 (18 fours), recording his 37th career ton in red-ball cricket.

Jason Smith closed out the day alongside Malan on an 88-ball 51* (four fours), while India A’s Umran Malik (1-43) picked up the other wicket to fall on day one.