Lungi Ngidi, Lizaad Williams ruled out of ODI series against the Netherlands 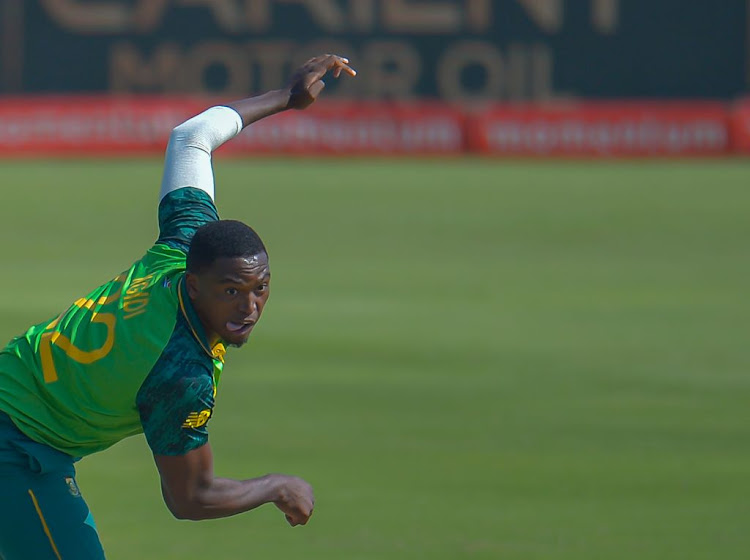 Lungi Ngidi during the first ODI between SA and Pakistan at SuperSport Park on April 2 2021 in Pretoria.
Image: Gordon Arons/Gallo Images

SA has been dealt a blow in their fast bowling department with the withdrawal of Lungi Ngidi and Lizaad Williams for the three match ODI series against the Netherlands.

Proteas team management confirmed Titans teammate Junior Dala has been called as a replacement for Ngidi, who tested positive for Covid-19 for the series which starts on Friday at SuperSport Park in Centurion.

The turn of events is a blow for Ngidi, who was hoping to get the much-needed game time after he missed out at the World Cup as he last played an ODI match for the Proteas against Ireland in Malahide in July.

“Lungi Ngidi has been forced to withdraw from the tour after testing positive for Covid-19. He is well and in good spirits and abiding by Cricket SA’s (CSA) Covid-19 protocol, in line with government regulations.

“The Proteas medical team will keep in contact with him to ensure his physical and mental well-being. Junior Dala has been called up to replace him,” CSA said.

In other team injury news, seam bowler ]Williams has also been ruled out of the tour due to an intercostal muscle strain which is being treated, and no replacement has been called.