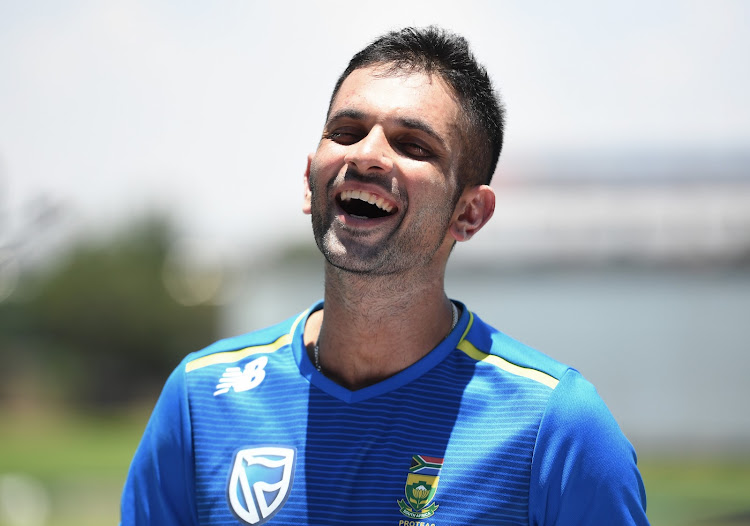 CAPTAIN K Spinner Keshav Maharaj will skipper the Proteas in the upcoming ODI series against the Netherlands.
Image: Getty Images

The series is part of the ICC Men's Cricket World Cup Super League, which is the qualification process for the 2023 World Cup, and there are 30 points at stake against the less fancied Dutch.

SA go into this series in ninth spot, outside automatic qualification places, and the 30 points will go a long way in refreshing their chances of qualifying for the tournament to be hosted in India.

“The series is very important and we know that the Super League points are at stake because obviously we need to qualify for the 2023 World Cup,” he said after the team’s first training session on Tuesday. “So, every series from now on is important for Super League points. No series can be taken lightly, especially this one against the Netherlands.”

For this series, captain Temba Bavuma, Aiden Markram, Quinton de Kock, Rassie van der Dussen, Kagiso Rabada and Anrich Nortjé have been rested and Maharaj said some of the fringe players must step up.

“Inasmuch as we have rested our regular players, there are still a lot of members who have been involved in the ODI squad and we are not going to take this series lightly.

“Obviously it is good to rub shoulders with Parney (Wayne Parnell) again after a long time, he is in a good space with his cricket and has been taking a lot of responsibility, which is good to see.

“Not having other regular players around is a nice opportunity for the younger players in the squad to test themselves and to see the depth and how they fit into international cricket.

“Today was our first practice session and it was nice to have a gauge of where the guys are at. Some of the guys have been playing four-day cricket and in terms of loads and facing balls it has been good for them.”

The ODI side has been inconsistent over the past few months and Maharaj said they are slowly building up to the 2023 World Cup.

“I think our progress has been a little bit slow but there is a plan to everything. Come 2023 I think we will be the polished article that we want to be.

“There are a few combinations that we have been trying, and possibly it is the reason results have not been coming our way, but it’s all building towards the bigger picture.

“Having said that, we do need the points to make sure that qualification comes along but there is some method to our madness at times in terms of building towards the 2023 World Cup.”