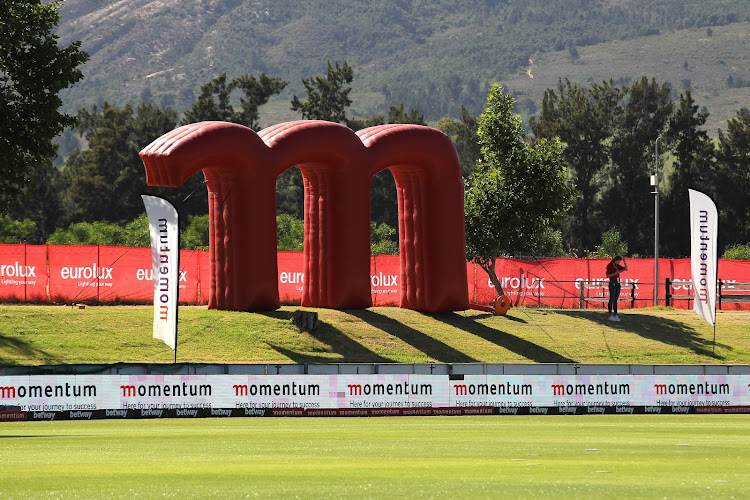 The match was scheduled to take place at Boland Park in Paarl.
Image: Shaun Roy/BackpagePix

Sunday's One Day international between South Africa and England at Boland Park in Paarl has been abandoned after two hotel workers in the teams' bio-secure environment tested positive for the coronavirus, forcing a new round of tests in the tourists' camp.

The start of the game was initially delayed before the decision was made to cancel the game altogether, according to various sources, reducing the series to two matches that are scheduled to be played at Newlands in Cape Town on Monday and Wednesday.

The match was due to get under way at 10:00 local time (0800 GMT), with no indication yet of when the first ball will be bowled if the new round of testing provides no positive cases.

It is another blow for the tour, which is providing much-needed revenue for embattled CSA, who have already had to cut short a money-spinning visit to India, and missed out on trips to Sri Lanka and the West Indies due to the coronavirus.

South Africa and England completed a three-match Twenty20 International series this week that was won 3-0 by the visitors, and are due to play three more ODIs, the last on Wednesday.

The first of those was due to start on Friday but was postponed after an unnamed South Africa player tested positive in the bio-secure environment.