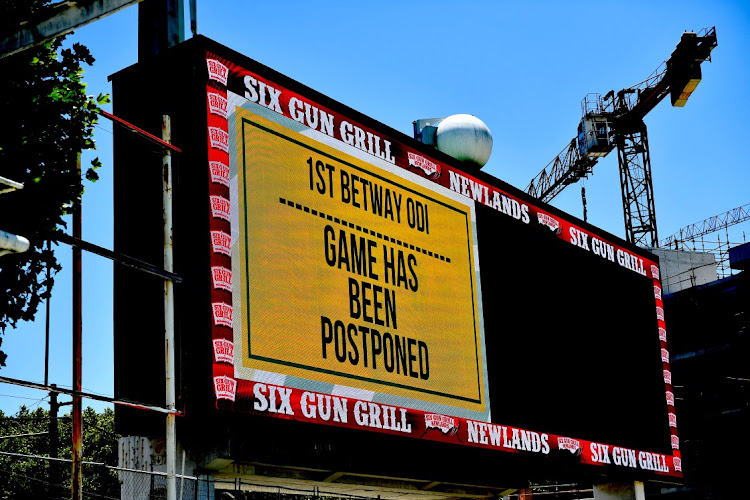 The ODI series between the Proteas and England will start in Paarl on Sunday.
Image: Ashley Vlotman

The One-Day International series between South Africa and England will start in Paarl on Sunday after the host's squad returned a full set of negative results in their latest round of coronavirus testing, officials have confirmed.

The series due to start on Friday had been thrown into doubt after a South African player tested positive in their bio-secure hotel environment during mandatory testing on Thursday, with the first match at Newlands postponed an hour before its start.

England expressed concern over the strength of the bio-secure environment after the positive result, while a South African team investigation has not yet shown how the unnamed player caught the virus.

"The entire Proteas team has returned negative results from the Covid-19 tests that were conducted yesterday evening in Cape Town ahead of the three-match One-Day International (ODI) series," Cricket South Africa (CSA) said in a statement.

"The series opener will get underway as scheduled at Boland Park on Sunday at 1000 hours."

Covid-19 has struck again‚ but scalping an even bigger victim this time as the first one-day international (ODI) between South Africa and England ...
Sport
10 months ago

South Africa’s bowling came under intense scrutiny after England made light work of what should have been a steep chase in Tuesday’s third T20 at ...
Sport
10 months ago

Cricket South Africa (CSA) convenor of selectors Victor Mpitsang has confirmed that the Proteas Test captain and the squad for the incoming series ...
Sport
10 months ago
Next Article