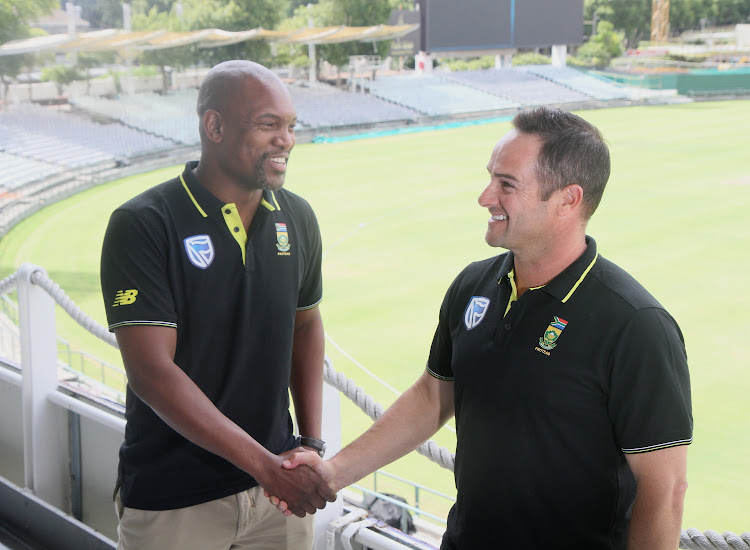 De Villiers retired in 2017 but reports emerged during South Africa's disastrous Cricket World Cup campaign a few months ago of him wanting to rescind the decision before the tournament.

Boucher's first ICC assignment will be next year's T20 World Cup in Australia.

“When you go to a World Cup‚ you want your best players playing for you.

“I've only just got into the job now‚ so I might have conversations with a few players and see where they are.

"You want your best players playing at a World Cup and if there are a couple of issues you need to iron out with media and team mates‚ if it's the best interests‚ then so do it.”

De Villiers is one of SA's best batting talents and owns the fastest ODI ton‚ but has not quite delivered at ICC tournaments.

Boucher said Cricket South Africa's recent leadership and administrative instability does have the potential of destabilizing a team.

He added that having the right leadership at the top is critical and the current structures are the right ones to take the team and the organisation forward.

Boucher was appointed by his former team-mate Graeme Smith‚ who is the acting director of cricket.

“When you lack leadership at the top‚ it does tend to seep into the organisation as a whole.

"Guys start getting away with murder at the bottom.

“It's there now and these are the guys who have been given the task of making the decisions.

"I'm pretty confident that they're going to make the right calls.

If they can get the right structures in place‚ things will fall into place and they'll be continued‚ even if they're not there.

“The game has been hurt and the bottom line is that Enoch and I have been put in place to get the Proteas doing well.

"If we look after that space‚ I think we'll get the fans and crowds behind us.”

With the Proteas having lost five consecutive Tests this year since February‚ the team is at a low ebb.

They were roundly crushed by a rampant India team in three Tests‚ two of which they lost by an innings.

Boucher‚ though‚ was part of the national team set up that went through the Hansie Cronje match-fixing saga.

“I've been involved in sides over the years where there's been tough times.

"One of the toughest times was the Hansie Cronje match-fixing saga and from there‚ we went and beat Australia in a One-Day series.

"I think we have a good chance of turning things around‚” Boucher said.

“Sport is amazing‚ especially the game of cricket.

"I've been in setups where things have been turned over in a couple of days and that's what I'm looking to do.

"I understand there's a lot of work to be done before that.

"I'm also not here to reinvent the wheel.

"The players we'll select will have their own style of playing and we'll leave that to them.”

Linda Zondi is set to return as the Proteas convenor of selectors, albeit on a temporary basis.
Sport
2 years ago
Next Article