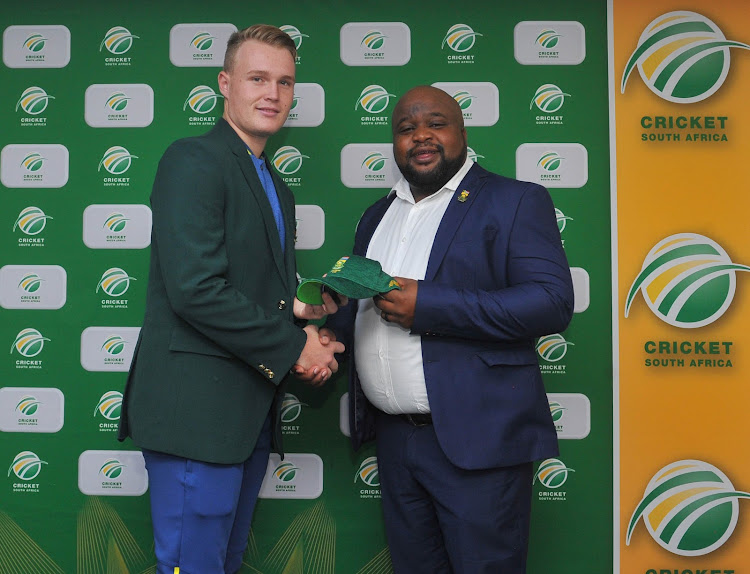 SA captain Bryce Parsons has insisted that they will not be under pressure at the Under-19 Cricket World Cup when the event is held in South Africa next year.

Parsons‚ the 18-year-old southpaw who's schooled at King Edward VII School in Johannesburg‚ said they can only focus on what they can control.

"We have to just take it on a daily basis and with each practice.

"We don't want to look too far ahead. We're going to take it on a daily basis and see where we go. We're really confident as a side‚” Parsons said.

Parsons may have a point in that in the 13 editions of the Under-19 World Cup since 1988‚ the host team (Australia in 1988)‚ has only won the tournament once.

South Africa should progress from Group D‚ but they host Afghanistan's in the game's opening match at the Diamond Oval in Kimberley.

However‚ the path to the final could contain one of defending champions India‚ New Zealand or Sri Lanka as they are all bunched up in Group A.

India have won the tournament four times and in New Zealand two years ago‚ they were the best team by a country mile.

Parsons said they've needed to learn quickly in order for them to be able to compete against the best.

“It's going to be tough. They've played at a higher level and a large number of us are schoolboys.

"We've all learnt the skills but some of us have had to learn them a bit quicker. They've got more time to learn‚” Parsons said.

“We stay committed and we know we have to improve.

"We continue practising and playing hard. A lot of our players have played some semi-professional cricket‚ so we have got a mature side.

"That's going to put us in good stead. As long as we keep being sponges and learning where we can‚ we're going to do well.”

Cricket SA have begun the attempt to win back the public's trust and consultant Dave Richardson says bringing Graeme Smith on board as Director of ...
Sport
1 year ago

Crisis-riddled Cricket South Africa (CSA) is headed for a tailspin after the SA Cricketers’ Association (Saca) once again called for the entire board ...
Sport
1 year ago
Next Article