Spartans beat Giants to reach MSL final against the Rocks 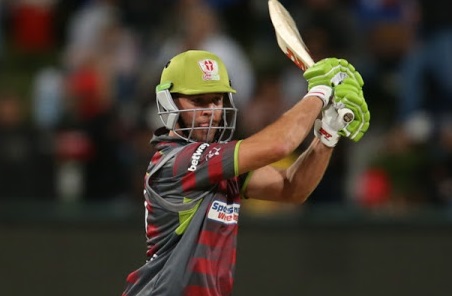 Tshwane Spartans will face the Paarl Rocks in the Mzansi Super League 2.0 final after beating the Nelson Mandela Bay Giants by 22 runs in their qualifier match at St George’s Park on Friday night.

The Rocks, who finished at the top of the standings, will host the Spartans at a sold-out Eurolux Boland Park on Monday.

Set 167 for victory, the Giants’s batting let them down as they could only reply with 144 for eight.

Australian Ben Dunk rounded off his debut campaign with the Giants by making 35 to entrench his position as the competition’s leading run-scorer with 415 runs.

Marco Marais added 26 while Chris Morris spanked a late 42 in a losing cause.

Cricket SA have been summoned to a 5pm meeting by their biggest sponsor Standard Bank after the ongoing fallout from their attempt to ban five ...
Sport
1 year ago

Morne Morkel was top drawer for the Spartans bowlers taking 2/24 in his four overs while David Wiese claimed 3/30.

Earlier, an unbeaten 48 by Pite van Biljon and 31 not out from Wiese saw the visitors through to 166/4 after the Giants had won the toss and asked them to bat.

The pair shared an undefeated team record stand of 87 off 52 balls for fifth wicket that breathed life into an innings that had threatened to cave in at 79/4 in the 12th over.

It beat the previous best of 63 that was set by Van Biljon and AB de Villiers against the Jozi Stars earlier in the campaign.

Seamer Mthi Nabe of the Giants, who was called in to replace the injured Junior Dala, took the crucial wickets of Dean Elgar (14) and AB de Villiers (27), both deceived by slower deliveries.

He finished with figures of two for 24.

The Paarl Rocks have a funky purple and luminous yellow kit‚ and their performances are as bright as their colours after dethroning the Nelson ...
Sport
1 year ago

Eight times in the 10 match days in this year’s Mzansi Super League (MSL) the team at the top of the standings have been either the Nelson Mandela ...
Sport
1 year ago

The Mzansi Super League has taken serious shape at the halfway mark with the majority of the team having played five matches.
Sport
1 year ago
Next Article