Sponsors Momentum issue an ultimatum to the defiant CSA board: Go or else... 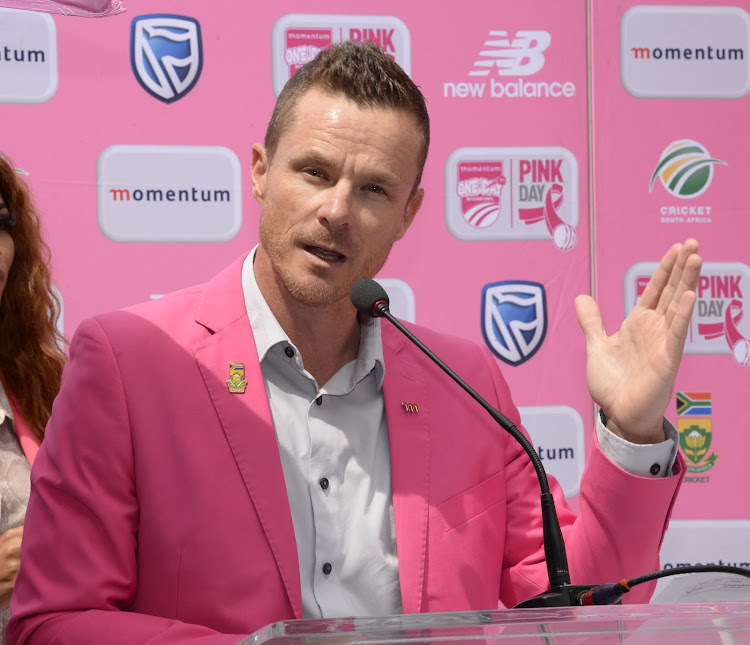 Momentum head of sponsorship Carel Bosman says Cricket SA needs to get its house in order or the financial services group will "reconsider" its sponsorship.
Image: Lee Warren/Gallo Images

Calls for the removal of the Cricket South Africa (CSA) board grew louder after key sponsors Momentum issued an ultimatum to the embattled but defiant organisation on Thursday and demanded that it gets its act together.

The financial services group said it had met with the CSA leadership and outlined “very specific governance and reputational requirements” that the organisation had to deliver on if it is to restore public trust and corporate confidence.

Chief among Momentum’s demands to the crisis-riddled CSA are the resignations of the members of the board and the institution of a forensic audit into its affairs.

Momentum set a deadline of April 30 2020 for the CSA board to step aside or the financial services group will “reconsider” its sponsorship of the game.

“We will be holding the CSA board accountable to get its house in order‚” said head of sponsorships at Momentum Carel Bosman on Thursday.

“Failing such remedy‚ Momentum will have to reconsider its sponsorship agreement at the end of the current season.”

Bosman said he is confident that CSA will “act decisively so that cricket in South Africa can move forward.”

Momentum Metropolitan deputy chief executive Jeanette Marais weighed in and said she hoped that CSA would do the right thing.

The right thing Marais referred to‚ among others‚ is the immediate resignation of the entire board.

Alternatively‚ said Marais‚ Momentum would also accept the “resignation of the current president (Chris Nenzani) and vice-president (Beresford Williams) in order to address the leadership crisis at CSA.”

Momentum indicated that their concerns are “in light of recent revelations and reports of lack of good governance at Cricket South Africa.”

It said the bad press has had a “negative impact”.

The sponsorship deal between Momentum and CSA is essentially rooted in supporting the body’s developmental structures and talent pipelines with the Momentum’s Schools Weeks for Under-13‚ Under-15 and Under-17 teams.

It also includes the Momentum Friendship Games which are localized around CSA’s developmental hubs in rural areas or where cricket is not available at local schools.

Other demands that Momentum made to CSA are;

* active and transparent engagement with the SA Cricketers’ Association.

The reeling CSA board has defiantly maintained that it receives majority support from member affiliates.

The CSA board is on its last legs.
Image: Johan Rynners/Gallo Images

Major sponsors Standard Bank last week announced that they would not renew their sponsorship with CSA when it comes to an end next year while another sponsor‚ cooking oil manufactures Sunfoil‚ also told the organisation to get its house in order or face the consequences.

Over and above that‚ Central Gauteng Lions and the SA Cricketers’ Association (Saca) have publicly called for the disbandment of the board and its chief executive Thabang Moroe.

Moroe was suspended on misconduct charges‚ albeit on full pay‚ on Friday‚ as CSA wilted under pressure from the public to act.

But the board announced that it would continue in office‚ despite growing calls for its removal.

Responding to the demands made by Momentum‚ the CSA board said it would table the matter at its next meeting.

"CSA has noted the statement attributed to one of its partners (Momentum) and the contents of the statement will be brought to the attention of the Board‚" the cricket mother body told TimesLIVE in an email on Thursday.

Saca‚ the players’ union‚ through its outgoing chief executive Tony Irish on Thursday‚ said it maintains its position that the board should step down.

“The board is accountable for the serious crisis in which cricket finds itself‚” Irish told TimesLIVE.

“I don’t understand what this long response of theirs is saying. The board should make its position clear to all stakeholders‚ including the players.

Former Proteas captain Graeme Smith was finally confirmed as Cricket South Africa's director of cricket on Wednesday afternoon but will assume the ...
Sport
1 year ago

Calls for CSA board to be disbanded are 'nonsense', says EC cricket boss

SA captain Bryce Parsons has insisted that they will not be under pressure at the Under-19 Cricket World Cup when the event is held in South Africa ...
Sport
1 year ago
Next Article