More at stake at Thursday's CSA meeting than Gibson's job 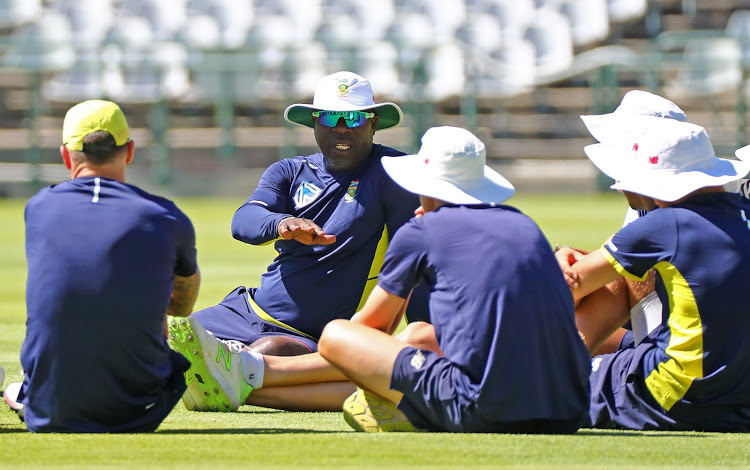 Ottis Gibson’s future as coach of South Africa’s men’s team will doubtless be top of the agenda when Cricket South Africa’s (CSA) board meet on Thursday‚ but they will have much more to talk about besides.

The 2019 World Cup ended an era in South African cricket‚ and in some ways that are more obvious than others.

Imran Tahir will no longer be considered for one-day internationals‚ JP Duminy has quit the international game completely‚ and Hashim Amla and Dale Steyn can’t have much left in the tank.

So much for the obvious ways.

Linda Zondi‚ who has been a selector since July 2013 and convenor since June 2015‚ has reached the end of his term.

Mohammed Moosajee’s 16 years of involvement with the team — which makes him the longest serving member of the dressingroom — has ended.

Lerato Malekutu became the team’s media officer in September 2010 and was promoted to media manager. She has resigned her position and will leave the organisation next Thursday.

Moosajee and Malekutu are CSA employees‚ which will govern how they are replaced.

The board will likely discuss all three vacancies along with what they plan to do about appointing a director of cricket.

The closest there would seem to be clarity currently is that Volvo Masubelele‚ South Africa’s logistics officer‚ looks set to move into Moosajee’s role.

Zondi‚ a former wicketkeeper‚ was part of the panel that picked the squad that won the under-19 men’s World Cup in 2014‚ and has proved a brave and thoughtful convenor of the senior committee.

His position‚ currently part-time‚ is to be made fulltime — and CSA could do worse than to keep him on board in that capacity.

Malekutu has remained remarkably composed through the tumult of 28 Test series‚ three World Cups‚ two Champions Trophies‚ and three editions of the World T20‚ along with a heap of other white-ball rubbers.

CSA’s development media officer‚ Sipokazi Sokanyile‚ who was the epitome of slick professionalism while handling the world’s press during her secondment to the recent men’s World Cup‚ or Koketso Gaofetoge‚ CSA’s media manager‚ who fields reporters’ often difficult questions about board issues with seriousness and understated aplomb‚ would make competent replacements for Malekutu.

Zondi‚ Moosajee and Malekutu stay out of the spotlight‚ but they are central to the smooth running of the team and finding able successors needs to be done properly.

But Gibson’s situation will likely hog much of Thursday’s meeting.

He has said he wants to continue‚ South Africa’s five losses in eight completed games at the World Cup won’t sit well with the board.