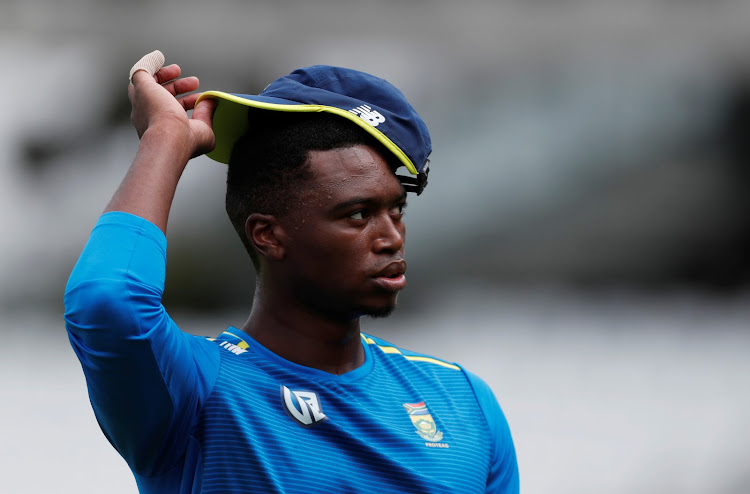 You wouldn’t want to have to face Lungi Ngidi if you didn’t have to‚ but there weren’t many New Zealanders around when the fast bowler had his fitness test at Edgbaston on Monday.

Ngidi hasn’t bowled in a match since his fourth over in South Africa’s Cricket World Cup game against Bangladesh at the Oval on June 2 — when he left the field with a hamstring injury.

Without him‚ South Africa have lost to India‚ had their match against West Indies washed out‚ and beaten Afghanistan.

Coming on top of the loss of Dale Steyn and Anrich Nortjé to shoulder and thumb injuries‚ South Africa could ill afford another quick going down.

Especially with them needing to win all four of their remaining league games to stay in the running for the semifinals.

The next stage of this saga arrives on Wednesday‚ when they take on minor favourites New Zealand.

Under the eye of conditioning expert Greg King‚ and with selection convenor Linda Zondi and former South Africa bowling coach Vinnie Barnes — who happens to be on holiday in England — Ngidi did a series of sprints of various speeds‚ some with sideways movement elements‚ some of around 70 metres.

He looked laboured in some‚ but less so than others.

The fitness test followed a lengthy spell of bowling by the big paceman in which he fired at close to full capacity.

A significant amount of treatment can be done on Ngidi’s hamstring before Faf du Plessis hands over his team sheet at the toss on Wednesday‚ but the fact that he was put through his aces fully on Monday is an indication that he is progressing well.

And South Africa could do with his services in their bid to be beat a side who reeled off wins against Sri Lanka‚ Bangladesh and Afghanistan before suffering a washout against India.