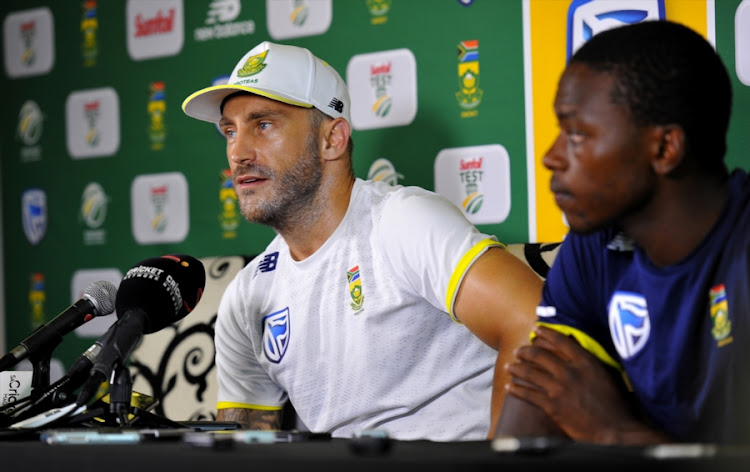 When Andile Phehlukwayo put what became the last ball of South Africa’s World Cup match against Afghanistan at Sophia Gardens on Saturday into the Taff River‚ his captain breathed a sigh of relief.

“I feel a little bit lighter‚” Faf du Plessis said after his team won by nine wickets to stay in the running‚ albeit marginally‚ for a place in the semi-finals with their first success in five games.

“But I think in all our cricket today was much better and much more competitive.

“We spoke a lot about energy in the field and I think you can really see a big difference today.

“So I’m really pleased with the bowlers. I thought Andi [Phehlukwayo] and Chris [Morris] were very good through the middle [overs].

“The two of them are starting to put in some really consistent performances for us with the ball‚ and that's very pleasing to see.

“Imran‚ as always‚ is special‚ but I think especially on a wicket like that today where it's not suited for spinners‚ and with short straight boundaries‚ to get four wickets like that was an amazing performance.”

Tahir bowled the Afghans’ top scorer‚ Noor Ali Zadran‚ for 32 with his first delivery of the match and went on to take 4/29.

That was part of a collapse that claimed nine wickets for 69 runs‚ five of them falling across 29 balls as Afghanistan were dismissed for 125.

Quinton de Kock’s 68 was the best effort in South Africa’s reply of 131/1‚ and part of a first-wicket stand of 104 he shared with Hashim Amla‚ who scored a slow but sure 41 not out off 83 balls — his highest innings of the tournament.

“He's an important player for us‚” Du Plessis said of Amla. “I think time in the middle is gold for anybody.

“Guys like Quinton‚ they're on a different level when it comes to attacking and being free all the time.

“But not all players are like him. Some players really just need time in the middle and runs behind their name‚ which really gives them confidence.

“In a perfect world‚ yes‚ we could have pushed a little harder at the end [to score quicker].

“But I was okay with him because I see the value in it [and for] the games coming up next.”

South Africa’s challenge is likely to get stiffer in their next match‚ against New Zealand at Edgbaston on Wednesday.