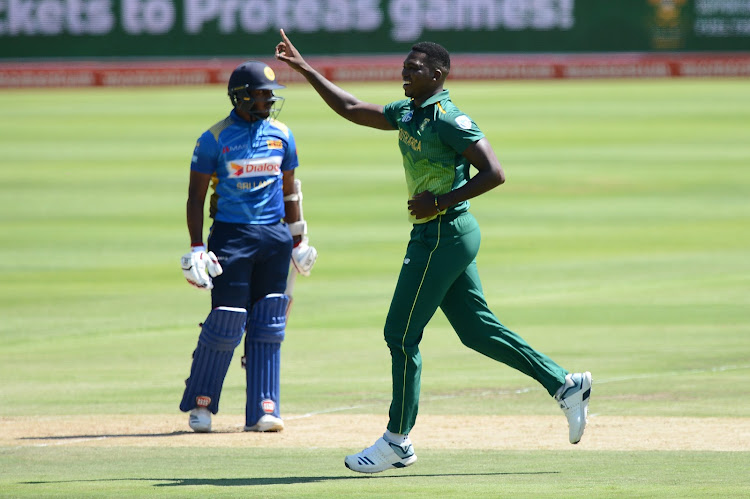 He missed the matches versus India and West Indies and seems set to also sit out Saturday’s.

“He's got to do some work today and possibly tomorrow as well to make sure that he's 100%‚” Faf du Plessis said on Friday.

“That decision will get made probably tomorrow morning.”

And it makes sense to give him more time to regain his fitness ahead of the bigger games to come against New Zealand‚ Pakistan‚ Sri Lanka and Australia‚ especially with South Africa under pressure to win all of their remaining games to retain what it already a slim chance of reaching the semi-finals.

“We're in a position now where we need to win five games out of five‚ so you want to have your best guys available for selection‚” Du Plessis said.

“Probably the right call to make would be to say that if he's not ready‚ you just give him a little bit more time to see if he can play the next four games‚ which are going to be big.”

South Africa have only one point to show from their four matches so far‚ three of them lost‚ the other washed out.

“Our backs against the wall as a team. Hopefully that will allow the guys to come out and play the way we want them to play and the way we can play.

“I believe if we do that we'll be a dangerous team. But we haven't fully unlocked the potential that we have in our side.”

An earlier forecast for Saturday was for rain‚ but that has since improved to showers at 2pm which are predicted to have stopped by 3pm.

South Africa will look for improvement in all departments‚ but particularly from their under-performing batting line-up who have scored only three half-centuries between them in four matches.