The soft hardness of the statement strokeplayer and seam whisperer 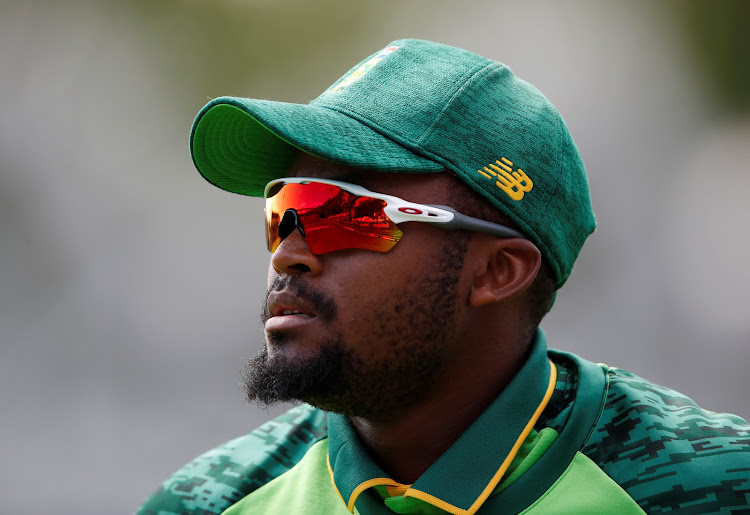 A hardness hides inside the apparent softness of Andile Phehlukwayo’s slow smile and good manners.

So don’t take him at his disarmingly modest word when he says‚ like he did on Saturday‚ “I’m just trying to contribute to the team.”

He is‚ and how. Not once in the three Cricket World Cup matches in which Phehlukwayo has bowled has he gone wicketless‚ nor conceded a run-a-ball.

His economy rate for the tournament‚ 4.46‚ is South Africa’s best and‚ ahead of Sunday’s match‚ better than those of Bhuvneshwar Kumar‚ Rashid Khan and Ben Stokes.

Three of his four innings have put decent chunks of runs in the bank — most recently against Afghanistan at Sophia Gardens in Cardiff on Saturday‚ when the first wicket fell with South Africa 23 runs away from winning for the first time in five attempts.

Phehlukwayo came in as an unlikely No. 3 to biff an unbeaten 17 off as many deliveries.

He ended the match with a six that arched over long-on and kept going through the trees that ring the ground and no doubt ended up in the Taff River.

That followed his 2/18 from eight overs‚ which put him on six wickets for the tournament.

Phehlukwayo’s batting is all about statement strokes like that‚ but his bowling — a motion potion of slower balls‚ cutters‚ knuckleballs and plain old seam-up — is subtlety at a sneaky pace.

He is the seam whisperer.

“Most teams will try and target me‚” he said.

“It’s a matter of putting pressure on myself‚ trying to execute‚ presenting the seam and hopefully — if the wicket assists me like it did today — I can pick up wickets for nothing.”

It helps that he’s found an extra dash of speed to go with his trickiness.

“I’ve been looking for that for quite a while; trying to bend the back a little bit.

“But I’m probably going to be on the massage bed in a little while.

“It’s something I have been working on with Ottis [Gibson] — trying to hit the deck on a fuller length.

“It comes from my action and putting in a bigger effort into trying to bowl the ball in a good area and at a fuller length.

“I’d be lying to you if I said I grew up like that. I used to be quicker when I was younger‚ even if no-one believes me now.”

Faf du Plessis might believe him: “I feel like he’s picked up a yard. He’s not quick obviously‚ but he’s definitely bowling — not floating.

“There's more intensity when he hits the crease and the pitch.

“If he can hit that same spot [consistently] and use his short ball every now and then‚ he’s an effective bowler.”

Phehlukwayo summed that up with a phrase as beautifully befuddling as one of his knucklers. He said his approach to bowling involved “not trying to be lazy”.

Did he mean he was trying not to be lazy‚ or that he didn’t have to try to be lazy?

Whichever. Clearly‚ he should keep doing things that way.

“It’s got a lot to do with the preparation and with Ottis.

“I have tried to be a bit smarter about how I prepare and try and execute my skills. It’s been going my way.”

But it hasn’t been going the way of World Cup stadium announcers when they have had to introduce Phehlukwayo.

He’s been someone different at every ground‚ mostly variations on‚ “And Dial Pear Luck Way Oh.”

Does that bother him?

“I’ve ignored it now; it’s not such a serious thing to me‚" he said.

"But I will be having a chat with some MCs.”

You would have thought a video released at the start of the tournament‚ featuring Phehlukwayo himself‚ might have cleared up the confusion.

“If they still don’t know how to do it now‚ obviously they haven’t listened to it.

“We’ll be hearing a lot of versions of my surname.”

A slow smile spread softly as he said that‚ but it couldn’t hide the hardness within.