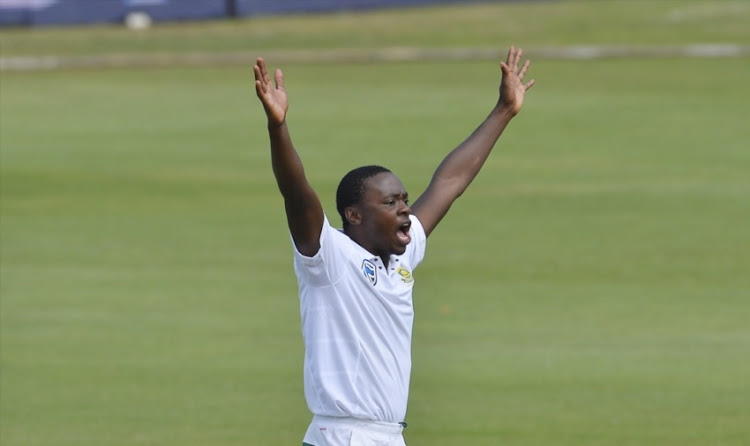 Proteas fast bowler Kagiso “KG” Rabada stole the show at the Cricket South Africa (CSA) awards in Sandton on Saturday night when he walked away with six gongs including Cricketer and Players’ Player of the Year.

The 23 year-old Rabada also walked away with the Test, ODI, Fans’ Player and RAM Delivery of the Year awards on a six-star evening where he replicated the feat he achieved in 2016 and he remain the only South African cricketer to win won more than five awards.

Last season was phenomenal for Rabada as he climbed to the summit of the Test rankings and he is currently the leading wicket-taker in the 2018 calendar year with 38 dismissals at an average of 19.65.

He is also ranked number seven in ODI cricket and was named in the ICC Test XI for the 2017 calendar year.

The only awards that he did not win, for which he was eligible, were the T20 International Player of the Year award that went to AB de Villiers and the KFC Colonel’s Always Original Award that went to David Miller for his world record T20 century against Bangladesh.

The International Newcomer of the Year award went to Aiden Markram who scored exactly 1 000 runs in his debut Test season at an average of 55.55 and also stood in as ODI captain against India at the tender age of 23.

“Simply outstanding. What a year both Kagiso and Dane have had,” said CSA acting chief executive Thabang Moroe.

“They have both shown the maturity of seasoned campaigners with performances that have really counted when needed most, often blowing away the opposition in the process. It is encouraging that for the second time in a row our premier awards have gone to our young stars who are shining with distinction alongside our world-class senior players.”