Some good news for the Proteas on the injury front 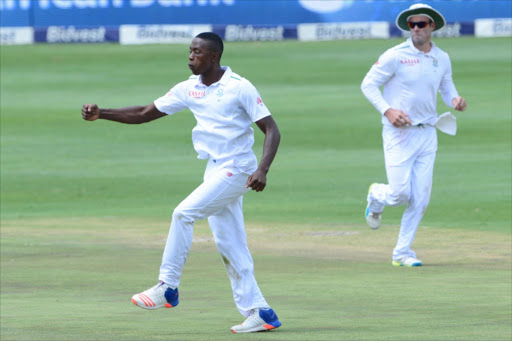 With the Proteas still punch drunk following the retirements of AB de Villiers and Morne Morkel‚ there are at least some good news on the injury front.

Star pacemen Kagiso Rabada and Dale Steyn are expected to be available for July's tour of Sri Lanka.

Rabada missed the Indian Premier League because of a back injury while Steyn‚ who made a comeback from a long-standing shoulder problem at the end of last year‚ limped off with a heel injury in the second Test against India at Newlands in January.

The Proteas though still thrived in Steyn's absence and with Morkel having shuffled off the scene at the end of the Australia series in April‚ a fit Steyn can slot back into the team without any hitches.

Lungi Ngidi‚ who has had a breakthrough summer‚ has come through the IPL unscathed and has a winner's medal for his efforts.

He was part of the Chennai Super Kings side that comprehensively demolished Sunrisers Hyderabad.

Proteas team doctor Mohammed Moosajee said Rabada needed to build his workload while Steyn has to go through a stint of cricket in the United Kingdom that will serve as a test for his match readiness.

“Rabada is now eight weeks post injury and he's come along nicely. He has just started with light bowling this week and he's progressing on schedule.

“Steyn is bowling at almost full pace and he's come through well in terms of fitness assessments.

"The plan is for him to go to the UK and play some games for Hampshire.

"That will serve as some sort of a fitness test for the Sri Lanka series. If he comes through that‚ he'll be in the Sri Lankan touring squad even though he's available for selection.”

The only concern is all-rounder Chris Morris‚ who hasn't fully recovered from a back injury and is being assessed by a specialist.