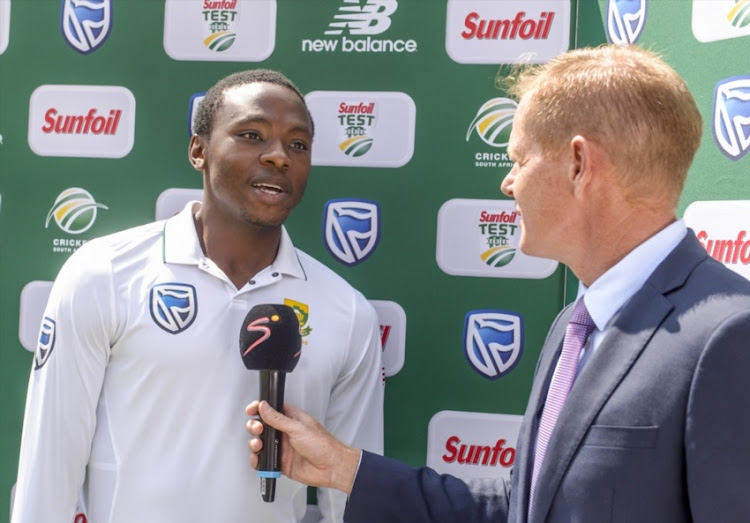 Man of the series Kagiso Rabada of South Africa during day 5 of the 4th Sunfoil Test match between South Africa and Australia at Bidvest Wanderers Stadium on April 03, 2018 in Johannesburg, South Africa.
Image: Sydney Seshibedi/Gallo Images

Certainty is hard to find these days‚ but it’s a safe bet that Proteas fast bowler Kagiso Rabada will be the big winner at the Cricket South Africa (CSA) awards in Johannesburg on Saturday.

CSA don’t have a permanent chief executive‚ they don’t know whether their high-profile T20 tournament will go ahead this year and nobody knows how South Africa are going to cope without star batsman AB de Villiers who retired from international cricket recently.

But‚ there is a strong possibility that Rabada‚ Test cricket’s No.1 ranked bowler‚ could walk away with Test and ODI player of the year trophies and also bag the grand prize of SA Cricketer of the Year which he won in 2016.

Another success would put Rabada on par with Makhaya Ntini‚ Jacques Kallis‚ Hashim Amla and De Villiers as the only players to have won the award twice.

De Villiers is up for what would be an unprecedented third triumph‚ an accolade he deserves having delivered one of the finest careers in the game and the greatest in South Africa’s history.

Whether CSA will grant their most stellar player that honour‚ and thus emphasise just how much South Africa have lost because his time in the international arena has ended‚ is an intriguing question.

The prospect only gets pricklier because De Villiers is also among the nominees for the Test and T20 awards.

Aiden Markram‚ seen by some as the closest South Africa are going to get to replacing De Villiers from the rising generation of quality players‚ is on the shortlist to win the international newcomer and Test awards.

Dané van Niekerk and Marizanne Kapp‚ the top wicket-takers at last year’s World Cup in England‚ are in the mix to win “Women’s Cricketer of the Year”.

Disappointingly‚ no women have been nominated in the “SA Cricketer of the Year” category despite South Africa having reached the semi-finals of the World Cup.