Boxing should take leaf out of Khoza's book 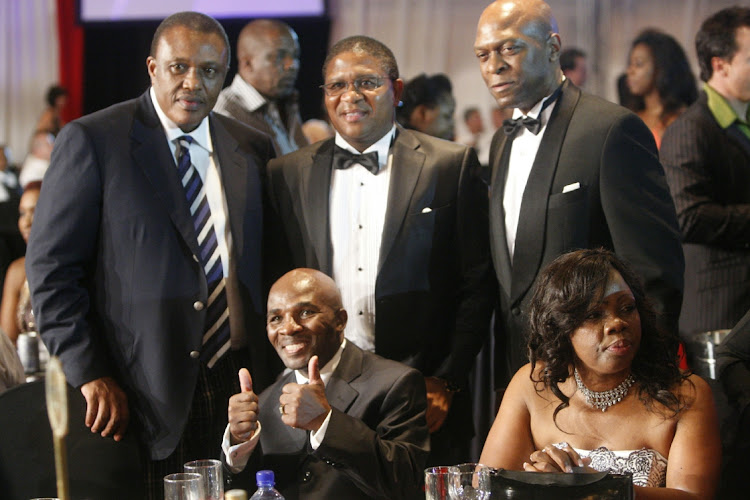 Boxing's regulator gets millions of rand annually in the form of a government grant that is meant to ensure the sport is run and administered properly.

There have been dismal returns for whatever has been put into boxing by the taxpayer yet, worryingly, he who pays the piper, in this instance the government, seems unconcerned with on how the sport is administered.

Boxing in the amateur ranks is dead. Former minister of sports Fikile Mbalula pumped in R10m in 2015 to unearth talent but there is nothing to show for the initiative! To make matters worse, there was no accountability for how the money was spent.

Boxing SA boards have come and gone since 2001 and then there were a slew of CEOs with highly decorated CVs who have simply been found wanting in arresting the slump. Of course they were handsomely rewarded and earned more than R100,000 per month each.

At BSA, the CEO’s purported primary responsibilities include strategic planning, securing sponsorship and funding policies. But the sport is still in an unequalled mess. Some boxers still climb into the ring to risk their lives for a measly R4,000 pay cheque after a fight, despite money being poured in by the taxpayer to help improve conditions.

Boxing in this country doesn't need a CEO with degrees but short on ideas of how to take the sport forward and completely in the dark about what really needs to be done for the betterment of pugilism.

Allow me to digress a little into another sport in the land, football, where no less a man than Irvin Khoza, an astute football administrator with business acumen second to none, yet not as certificated as some of the people we have had heading our boxing, turned the misfortunes of football for. Clubs in the Premier Soccer League, of which Khoza is the chair, at some point in history were getting for R25,000 monthly grants to run their affairs.

Khoza was able to convince big business to buy into football and, working hand-in-hand with the department of sports, arts and culture, maximised the earning power of local football. There were bumps in the road and painful remedies such as the Pickard commission.

After the commission, Khoza ultimately made it to the top of the administration of professional football in this country. He became and still is instrumental in securing sponsors for the league. Today, clubs get a monthly grant of more than R2m in the PSL.

The PSL is an investible league often quoted as the best in Africa and among the world's top 10 richest leagues. Other sporting codes such as rugby and cricket are also doing well in SA simply because they leverage their popularity and monetise it.

It all shows what can be achieved if the right people are at the helm and that can only benefit those that matter the most, the players.

Back to boxing, BSA gets for R20m annually from the government but the regulator is still squatting in the offices of the SA National Defence Force. There is no prize money for boxers for winning SA titles. A national champion is required to defend the title five times to claim the ownership of the belt with no incentives whatsoever from BSA.

For the record Khoza, a regular in boxing tournaments, carried the auction of the late legend Jacob “Baby Jake” Matlala’s three belts in a fundraising tournament by spending almost R500,000 towards paying the then ailing Matlala’s medical bills in 2011.

Therefore, I suggest that the boxing sector should approach Khoza and other administrators such as Kaizer Motaung to drink from these wells of wisdom in order to afford boxing a chance to regain its lost glory and prestige.

That is the change BSA boards and these highly qualified CEOs must bring to raise boxing from the canvas before the counts reaches 10.

Gideon Buthelezi has admitted blundering badly by risking his life to starve himself to the point where he was a walking corpse just to make the ...
Sport
2 weeks ago

A cash bonus of R10,000 on top of his five-figure purse money and a grocery voucher is what Phumelele “The Truth” Cafu earned from two benefactors ...
Sport
2 weeks ago

Boxing SA must take an overall assessment of its ring officials because some of their scoring causes severe pain to fighters, especially where a ...
Sport
2 weeks ago

The sport of boxing in SA is on a positive trajectory with promoters staging wonderful tournaments in some parts of the country almost every ...
Sport
2 weeks ago

Professional boxer Bathabile Ziqubu did not only listen to wise words from lawyer and former two weight world champion Lovemore Ndou, who encouraged ...
Sport
2 weeks ago

Colin Nathan’s HotBox Gym in Balfour, Johannesburg east, has become one of this generation's most respected institutions in the fistic arts in SA.
Sport
2 weeks ago
Next Article