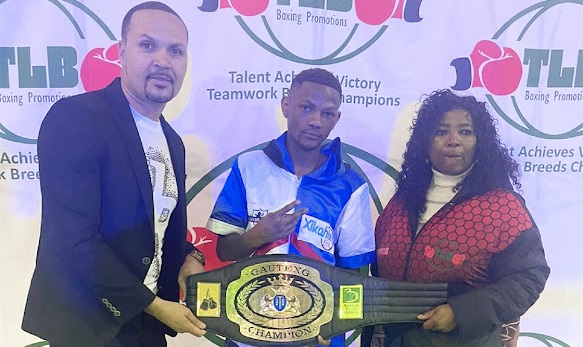 Boxing SA must take an overall assessment of its ring officials because some of their scoring causes severe pain to fighters, especially where a fighter is denied a unanimous points decision and forced to settle for either majority or split points decisions.

The end result may be victory but boxers do not deserve to be victims of some judges' incompetence.

This happened to Tiisetso Modisadife on Sunday in Soweto. To make matters worse, it happened in front of a big crowd that included some of the country’s old-time great fighters – Vuyani Bungu, Mzonke Fana, Ditau Molefyane and Peter Malinga – who rallied behind Joyce Kungwane's tournament to honour Lehlohonolo Ledwaba.

Ushered to war by former professional boxer Nickolas Modibeng, Modisadife did everything according to the book against equally competent foe Zolile Miya in their nail-biting 10-rounder. It came as a shock when one judge scored their fight 95-94 in favour of Miya.

The second score was 98-91 to Modisadife and the deciding judge aptly scored it 97-92 for Modisadife to win the Gauteng flyweight title.

What boggles the mind is how did that one judge arrive to his verdict when his colleagues voted for Modisadife by such wide margins? Sadly, BSA doesn't allow judges to be interviewed on their scoring.

The two fighters received a bonus of R5,000 each from promoter Fanakhe Tshabalala of Fantastic 2 Promotions.

Earlier on, Namibian Harry Simon Junior defeated Tsiko Mulovhedzi on points in their one-sided eight- rounder. The question is where to now for the 36-year-old former SA and IBO welterweight champion from Sibasa, who suffered his 11th defeat against 12 wins.

John “Section 29” Bopape knocked out Snamiso Ntuli in the eighth round to register the first defence of his SA middleweight title.

The sport of boxing in SA is on a positive trajectory with promoters staging wonderful tournaments in some parts of the country almost every ...
Sport
2 weeks ago

Professional boxer Bathabile Ziqubu did not only listen to wise words from lawyer and former two weight world champion Lovemore Ndou, who encouraged ...
Sport
2 weeks ago

Colin Nathan’s HotBox Gym in Balfour, Johannesburg east, has become one of this generation's most respected institutions in the fistic arts in SA.
Sport
2 weeks ago

Vuyani “The Beast” Bungu – SA’s most accomplished boxer – is disappointed that Lehlohonolo “Hands of Stone” Ledwaba cannot share his views about ...
Sport
3 weeks ago

Koos Sibiya is inspired by Bongani “Wonder Boy” Mahlangu’s achievement in winning the SA title at the age of 42.
Sport
3 weeks ago
Next Article