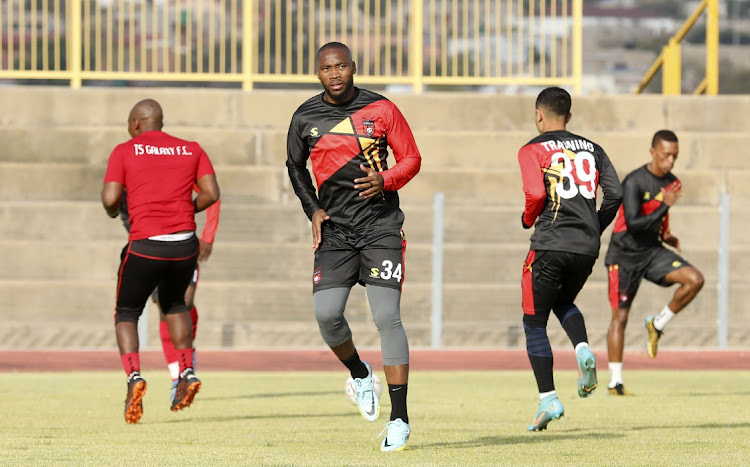 Sibusiso Vilakazi of TS Galaxy during the unveiling of the players for the 2022/23 DSTV Premiership season at the Solomon Mahlangu Stadium in KwaMhlanga on Sunday.
Image: Muzi Ntombela/BackpagePix

TS Galaxy’s new signing Sibusiso Vilakazi says the injuries that kept him on the sidelines at Mamelodi Sundowns are now a thing of the past.

Vilakazi left Sundowns in this window after spending six seasons with the Pretoria team. His time at the club saw him win lots of titles, but he was also renowned for being an injury-prone player, suffering torn ligaments and Achilles tendon ruptures.

In total, Vilakazi made 138 appearances for Sundowns, scoring 29 goals and creating 21.

Now aged 32, the former Bafana Bafana international is a mature figure and appears to be in a good shape, physically and mentally, being over the trauma of his past injuries, and he is looking forward to helping his new team.

“With the injuries, you can’t do much about it, it’s a thing of the past now. The only thing I can control now is the season that’s coming,” Vilakazi said.

“What happened at Sundowns, for me, was a success. That chapter is now closed. I believe every good story has an end, and that’s how it came about.

The Soweto native is not at the Rockets to relax. His competitive nature demands that he challenges for trophies and he has seen something in the team that gives him hope that his spell with the club will bring silverware.

“I’m here to help the team, I’m here to learn and win trophies. That’s what it’s all about at the end of the day,” he said.

“It would be nice to win trophies with this TS Galaxy team and be part of history. I believe we can and we will compete. There’s belief and there’s hunger from the players.”

Maart eager to prove his value at Chiefs

New Kaizer Chiefs midfielder Yusuf Maart wants to prove why the club signed him by showing consistent performances when the new season gets underway ...
Sport
1 week ago

Despite being named Sekhukhune United captain a month after he joined them, Linda Mntambo insists that does not guarantee him a starting berth in the ...
Sport
1 week ago

Bafana Bafana legend Mark Williams hopes the appointment of Benni McCarthy at Manchester United will be the start of African coaching penetrating ...
Sport
1 week ago