Former boxer will be responsible for boxing administration, inquiries 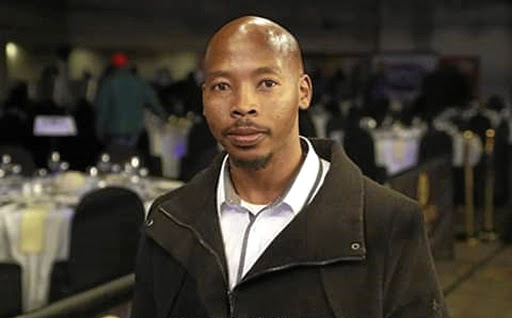 Lehlohonolo Ramagole is in charge of boxing in Gauteng.
Image: Supplied

Rising boxing administrater Lehlohonolo Ramagole – a former professional boxer from Soweto – says he is delighted to have been appointed permanently by Boxing SA (BSA) to serve as the provincial manager in Gauteng.

Ramagole was appointed to the position he and veteran ring official Jaap van Niewenhuzien have occupied on temporary basis since 2017, when Archie Nyingwa was suspended by BSA after allegations of sexual harassment by a professional female boxer.

Nyingwa was eventually found guilty in 2019 and banned from boxing for 10 years.

Ramagole said: “I am happy and looking forward to giving my best. Life has taught me that if God has chosen you for something then no one can stop that from happening. I give glory to God for this appointment.

“Like I said in 2019, when I was appointed as acting provincial manager, that God always entrusted me to make big things in life. In 2000 I became the first and only SA amateur boxer to make the Russian World Championships and in 2005 I became the first flyweight Baby Champ champion. All glory to God.”

In a statement, BSA said: “Boxing SA is pleased to announce the appointment of Mr Lehlohonolo Ramagole as the Gauteng provincial manager, effective from 2 August 2021. His appointment follows a recent recruitment drive undertaken by BSA to fill this position.

“Mr Ramagole, who held the position as a receptionist at BSA, had previously served as a provincial manager in Gauteng in a co-acting capacity. We are therefore confident that he is duty-ready and able to undertake the responsibility immediately with BSA continuously giving necessary support to ensure that he succeeds in the role.

“As a provincial manager, Mr Ramagole will, among other things, be responsible for all operational boxing administration and inquiries in the province related to licensing, tournament applications and management, and compliance documents applications. We trust that you will give Mr Ramagole the necessary support as you have done in the past, and we wish him success during his tenure.”

Bungu, trained by iconic Mzimasi Mnguni in Mdantsane – dethroned revered American Kennedy McKinney in front of 5,000 exhilarated fans inside a ...
Sport
11 months ago

Ellen “Tigress” Simwaka and her trainer Junior Assoya have fired back at trainer Elias Meopbe who warned last week that his charge Gabisile “Simply ...
Sport
11 months ago

Women in boxing in Gauteng are frustrated, says irked secretary of the Gauteng Provincial Boxing Promoters Association (GPBPA), Shereen Hunter, ahead ...
Sport
11 months ago
Next Article