'The Dragon' a threat to Fick's title 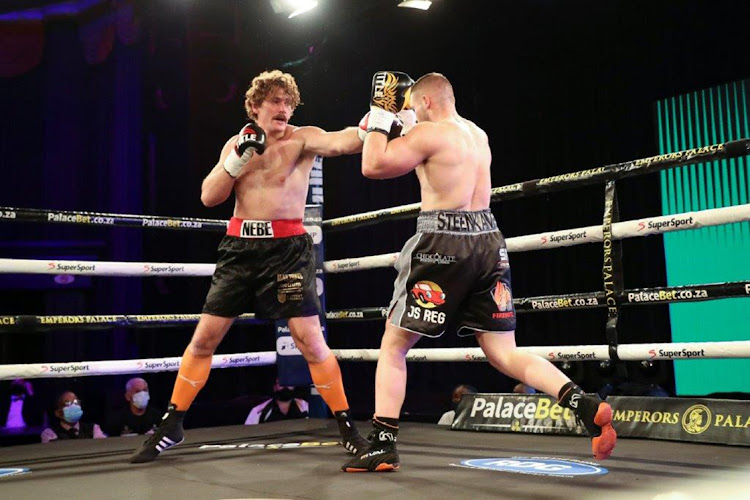 Tian Fick must enjoy his reign as the SA heavyweight champion while it lasts because Wilhelm “The Dragon” Nebe is unnoticeably causing havoc in that moribund weight class where the scary newcomer is now rated No 4 by Boxing SA.

There are only four contenders for Fick’s title - Luke Sutherland, Joshua Pretorius, Chris Thompson and now Nebe. It is still early days to make noise about Nebe but the rough diamond that is being polished by trainer Alan Toweel Junior is beginning to show his potential. He has knocked all five of his opponents to date.

“He is still very raw but he is dedicated to training, a good listener and with all these attributes together he will make it to the top ,” said Toweel, whose other charge Justice Siliga has been removed completely in the heavyweight ratings due to lack of action.

The “Venda Viper” has had two opportunities to win the domestic title but lost in both attempts to Osborne Machimana and Ruann Visser. Toweel said Nebe will be a different beast in three years' time. "He will be more refined and his aggression will still be there but it would have improved.”

Toweel added that Nebe’s other advantage is that he can take a good punch.

“Nebe had five fights as an amateur boxer which he won all of them with knockouts in the first round. When he joined me, I saw something in him but I made it clear that he is still raw and we will work around that. Look, he’s got a lot to learn.

“I first worked a bit on his footwork to get his balance right which is the first thing; refine the way he threw punches. He was wild and he wanted to kill the punching bag, I don’t want to break that; I don’t take that away from him because he is wild in a good way," Toweel said.

"I want him to have that George Foreman approach where you go in and hit but he needs to put his punches better. Hi technique is improving; for me as long he improves by 10 per each fight I will be happy.”

Nebe says he comes from a boxing family, especially from his mother’s side. “I wanted to box at school when I was 16 but my mother did not want me to box. As years went on, I started training. I called Alan and he asked to train me. He tried to get me action and eventually he got me one in November 2018 and I was excited.”

The untimely passing of Lehlohonolo Ledwaba has sent shock waves throughout the country and beyond. Yet again the boxing fraternity lost another icon ...
Sport
3 weeks ago

After being mocked as a chancer when his boxers bolted his stable, which operated out of a classroom at the old Lumko High School in Duncan Village, ...
Sport
4 weeks ago
Next Article