Greatest tribute to Hands of Stone would be renewal of SA boxing: Jack 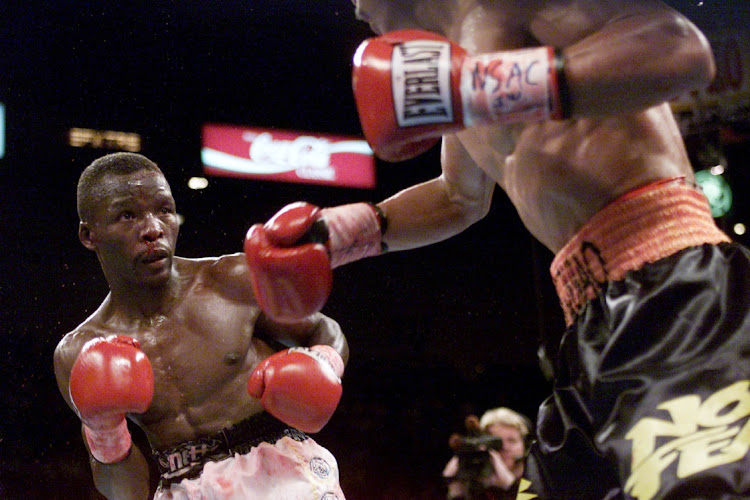 The untimely passing of Lehlohonolo Ledwaba has sent shock waves throughout the country and beyond. Yet again the boxing fraternity lost another icon – our Hands of Stone.

This sad news calls upon us as the boxing fraternity to not just mourn his passing, but to celebrate and reflect on his unpolluted, model and inspirational legacy.

No doubt the 1990s remains among SA boxing’s most prolific eras both in the amateur and professional ranks. For 10 momentous years the crème de la crème of world boxing in the super-bantamweight division came from SA.

The country produced many formidable world champions during this golden age. Ledwaba, former IBF super-bantamweight champion, rose to prominence during this fabulous decade.

Early in his boxing career he showed pedigree and a wealth of talent. He was one of the country’s leading amateur boxers.

He turned to the pro ranks in 1990 and recorded a series of knockout wins against more fancied opponents.

Ledwaba was the thinking man’s boxer – a connoisseur’s delight, an excellent fighter, a smart counterpuncher with the innate ability to outthink and outwit opponents.

His fight with one of East London’s prolific boxing sons Ncedile Siko was the paraphernalia legends are made of. They were fighting for the national super-bantamweight title that was vacated by the legendary Vuyani Bungu.

In that fight,  Ledwaba displayed the true hallmarks of a world beater, while Siko was a class act. He was a scintillating skilled boxer in the mould of Pernell Whittaker.

Ledwaba started slowly but characteristically grew into the fight, drilling Siko with sickening, debilitating body blows which eventually brought an end to the proceedings.

In those days national boxing champions were expected to test their mettle against the best in the world. Ledwaba did not disappoint – he marvelled at the prospect of becoming a world champion.

In 1996 he was given a chance to contest the WBU bantamweight title against rough and rugged Mexican kingpin Cruz Carbajal.

Today the title fight between the two gladiators is still ranked as one of the super fights in the annals of the super-bantamweight division.

Indeed, it was a titanic affair with both boxers digging deep in their reserves and Ledwaba was crowned champion of the world.

Winning the title after such a gruelling affair catapulted Ledwaba into the higher echelons of the super bantams.

How Sanchez managed to pull out of this fight and be substituted by one Manny Pacquiao can only be attributed to the Byzantine politics of international boxing.

After the Pacquiao defeat Ledwaba would continue with his boxing career and on the way also scored a victory over the great  Bungu.

Ledwaba remains one of the greatest boxers this country has ever produced and, incontestably, a revered creation of the golden age of SA boxing.

Will the standard of SA boxing ever rise to the standards set by the likes of Ledwaba, Dingaan Thobela, Vuyani Bungu, Silence Mabuza and others?

In its quest for the renewal of boxing Boxing SA has embarked on a back to basics programme designed to renew, grow and transform boxing to the halcyon days of Ledwaba.

Sadly, Ledwaba was part and parcel of this valiant effort as a dedicated boxing trainer, ploughing back his vast knowledge of fisticuffs to the fight game and thus contributing to the honing of boxing prowess and talent of many boxers such as Khaya Busakwe and Thato Bonokoane.

Perforce, the enduring tribute we can give to Hands of Stone – and other departed legends of the game – is to amplify the tempo of the renewal project of boxing in SA. If we succeed as we should on this crusade, we will earn our place in the international boxing family – a country of boxing warriors!

May his soul rest in everlasting peace.

July brings bittersweet memories to the family of Lehlohonolo Ledwaba. Lucky, the meaning of his name, was born on July 27 in 1971.
Sport
3 months ago

Respected boxing trainer Norman Hlabane has shared what he described as an unforgettable experience that he went through during the last days of ...
Sport
3 months ago

Joyce Kungwane, Tsholofelo Lejaka and Rodney Berman were all torn apart by the death on Friday of Lehlohonolo “Hands of Stone” Ledwaba, who succumbed ...
Sport
3 months ago
Next Article