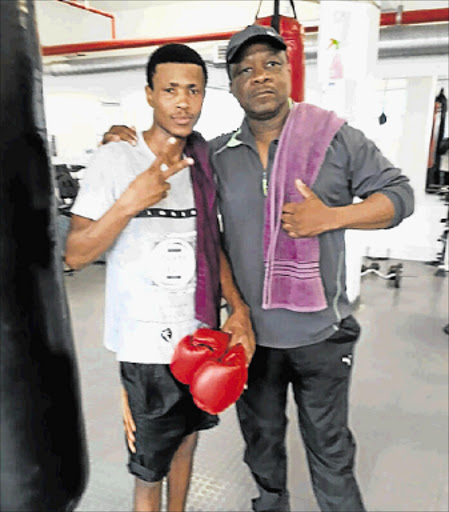 After being mocked as a chancer when his boxers bolted his stable, which operated out of a classroom at the old Lumko High School in Duncan Village, near East London, for fancy suburban gyms in Gauteng, boxing trainer Kholisile “KC” Cengani is having the last laugh.

Cengani has just produced a world champion in Ayanda “Fireballs” Ndulani, who ended the illustrious career of veteran Nkosinathi Joyi with a fourth-round knockout in the IBO mini flyweight championship recently.

“When Ndulani and Khanyile [Bulana] bolted my gym to Johannesburg, a number of boxing people made a joke about me, and that really hurt so bad,” he said. “But I did not allow my emotions to get the better of me. Negative people love bringing others down. It sometimes seem like that’s the only thing they enjoy doing.

“The danger of dealing with a habitually pessimistic person is risking being drained emotionally because negativity can be contagious and if one does not take actions to protect the mindset, one may find their moods infected with hostility.”

He said he continued doing what he loves and that is training fighters. “I know that there are others going through the same experience, either boxers or trainers, after poor results but I want to encourage them to ignore negativity and, in fact, turn it into positive energy and stick to the plan they have,” he said.

“In most cases, non-achievers are the ones making a lot of noise. Some people don’t really understand that this is sport. There are only three scenarios in boxing – win, lose or draw.

“Some accused me of throwing Ndulani straight into the lion’s den ... but look where we are now, sitting pretty on top of the world. I have now won 11 titles with my fighters since 2013. There is still more to come. Negativity must serve as a fuel for reaching for your dreams in life generally.”

Nathan happy to be back after Covid battle in Russia

Boxing trainer Colin “Nomakanjani” Nathan is finally back home after spending four torturous weeks in a hospital ward in Russia.
Sport
3 months ago

Joyce Kungwane, Tsholofelo Lejaka and Rodney Berman were all torn apart by the death on Friday of Lehlohonolo “Hands of Stone” Ledwaba, who succumbed ...
Sport
3 months ago