'This fight is about the title and not Khaya' 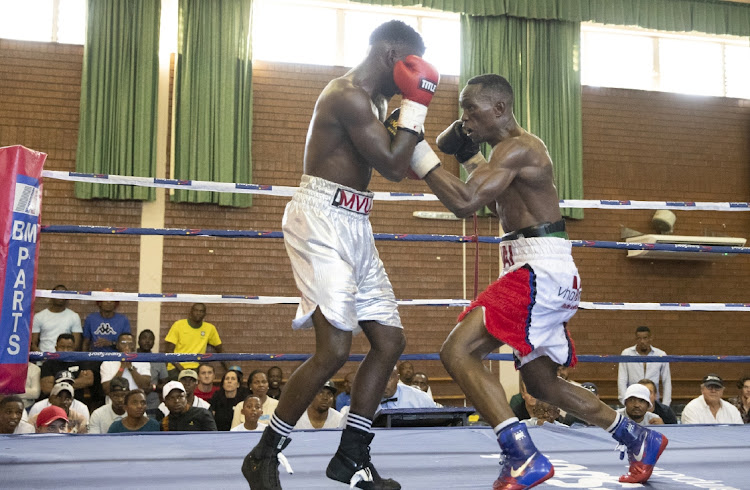 He makes the first defence of the domestic lightweight belt on Friday at the Sandton Convention Centre against newcomer Khaya “Destroyer” Busakwe in the main attraction of J4Joy Boxing Promotion’s maiden tournament.

If a fighter of Munyai’s calibre says he wants to own the national title, then this calls for BSA to up its ante in restoring the prestige of the national title, not only by adorning it with worthless gold, but restore its prestige and make it appeal to every aspirant fighter.

Munyai, 36, is one of those boxers who already have the four belts in his cabinet. The journey towards becoming the rightful owner of the lightweight belt begins on Friday against the lanky challenger – current Gauteng champion – Busakwe from Central Western Jabavu in Soweto.

Their fight is a mismatch if their CVs are anything to go by. Munyai has everything going for him – style and longevity – and most importantly, he's been down and got himself up again although he seems to be struggling to maintain the weight.

He is the first African boxer to win the Dennie Mancini Award in its inauguration in 2006. That was after his stunning ninth-round stoppage of previously undefeated England’s host prospect Martin Power for the Commonwealth bantamweight title in London.

Munyai has stopped 18 of his 32 victims with six losses and a draw.

“This fight is about the SA title and not Khaya,” explained the champion whose knack are polished by Alan Toweel Junior in Johannesburg. After Friday, I will be left with two more defences and then I win the belt. It is missing it my cabinet.”

Munyai takes Busakwe seriously, but the champion made it clear that he would retain his belt. “He’s got height, power and a good corner men but I’m coming with experience. I must look good. The truth is that the title is going nowhere.”

The CEO of J4Joy Boxing Promotion, Arnold “Squire” Nodadile, said they signed a one-fight deal with SABC – not five years as it was reported last week.

When one door closes, another opens. But human beings choose to stare at the closed door and miss the open door as it swings wide open.
Sport
11 months ago