Matiti hands another chance to veteran 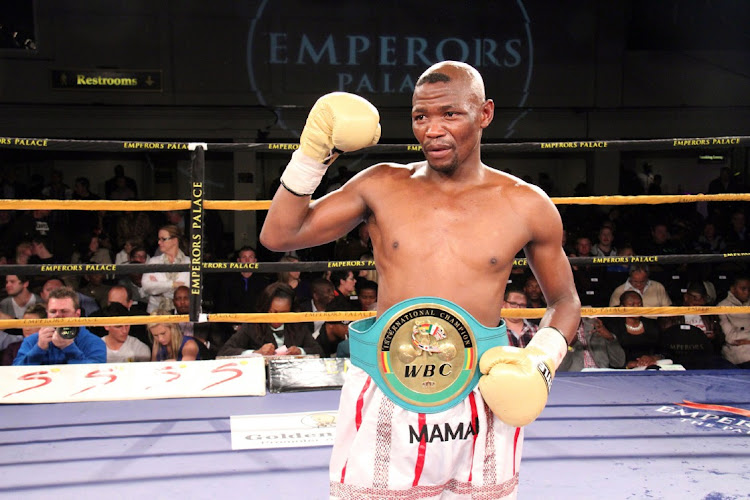 Top boxing promoter Ayanda Matiti will on Friday continue in his struggle of showing compassion and helping fighters restore their broken hopes caused by inconsistency.

One such fighter is one-time great SA, IBO and IBF mini flyweight boxing champion Nkosinathi Joyi, 37,  who has bounced back to reclaim the IBO belt which will be at stake against Ayanda Ndulani.

Joyi was dismissed as being washed up after surrendering the IBF belt in 2012. What made even worse was when he failed twice to regain the IBO belt in 2014 and 2015. Promoters and even hangers-on discarded him until Matiti came to his rescue. Joyi  reciprocated to the gesture by winning that belt which will be on the line against Ndulani at East London’s ICC Hall on Friday night.

It is Matiti’s forte to provide such opportunities to bring back fighters. The list includes Ali “Rush Hour” Funeka.  Matiti gave Funeka 10 fights and the latter won four and that includes capturing the WBO Africa welterweight belt. Funeka lost to Australian Jeff Horn in the elimination for the WBO belt that was held by Manny Pacquiao.

The ball is therefore in Joyi’s court to prove that he can still compete at a higher level. Joyi has stopped 19 of his 29 victims and has been defeated five times, while Ndulani has three stoppages in 10 wins against two losses and a draw.

Their fight, a mismatch if judged by their resumes and championship experience among many attributes that elevates Joyi to being superior than Ndulani, will headline Friday’s tournament. They both last fought in 2019 - the same year Joyi reclaimed the IBO strap -  which has become a South African title having previously been won by Joyi, Hekkie Budler and Simpiwe Konkco.

The tournament sees the return of bright prospect Ntlantla Tyirha,  who rewrote SA boxing in 2018 when he won the national junior flyweight title in his fourth pro fight. Having gone through some demons which saw him forfeit that title, Tyirha returns to action against Joey Canoy of the Philippines for the vacant WBA Pan African title. Tyirha last fought in 2019 when he lost to Joyi in a WBO Africa title fight.

Canoy is no stranger to local ring. He lost to Budler in 2017. While Tyirha has four wins against a loss, Canoy has left nine of his 16 victims counting the stars and has in turn been stopped twice in four losses and a draw.

Boxing SA board chairman Luthando Jack has gone for knowledge, understanding and practice in choosing the back-to-back working group which is tasked ...
Sport
8 months ago