Victory over Ndlovu made him join elite club of SA boxers

A look back at Bungu's second world title win 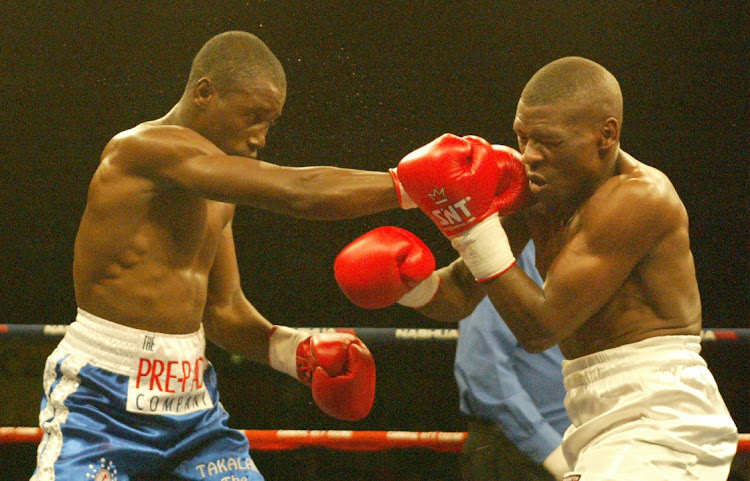 That bout on February 7 2004 attracted a capacity crowd inside the 5,000 seater Big Top Arena. Bungu won via a split points decision, which simply means two of the judges voted for Bungu while the third voted for Ndlovu.

Their promoter Rodney Berman felt it was proper to match them and he made sure that there was a title at stake.

Bungu may have won by a split points decision, but his reign was short-lived.

Rugged SA and IBO junior-featherweight holder Thomas “Merciless “ Mashaba dethroned Bungu via a unanimous points decision in 2006. While Mashaba won his second IBO title in two weight divisions, Bungu suffered his fifth defeat in44 fights and he hung up his gloves shortly thereafter. He had previously held the IBF junior-featherweight belt, which he defended successfully 13 times before relinquishing it.

Other local boxers who achieved greatness inside the roped square in February are Francois “White Buffalo” Botha and Hekkie “Hexecutioner” Budler. Botha – the former IBF heavyweight champion – won the WBF strap in 2009 after defeating Ron Guerrero in Potchefstroom. Botha, however, failed in his attempt to add the WBA International belt to his collection when he lost to New Zealand rugby star Sonny Bill Williams in the same month in 2013.

Budler won the IBO junior-flyweight strap on February 4 three years ago. He stopped Joey Canoy in the eighth round in Kempton Park.

Boxing SA has clarified its position on boxers tax-related issues. This is informed by the announcement that the sport ministry is to introduce the ...
Sport
1 year ago

Former SA junior featherweight champion Thato “Captain Charisma” Bonokoane has complained of what he called racial prejudice in Russia and has urged ...
Sport
1 year ago
Next Article