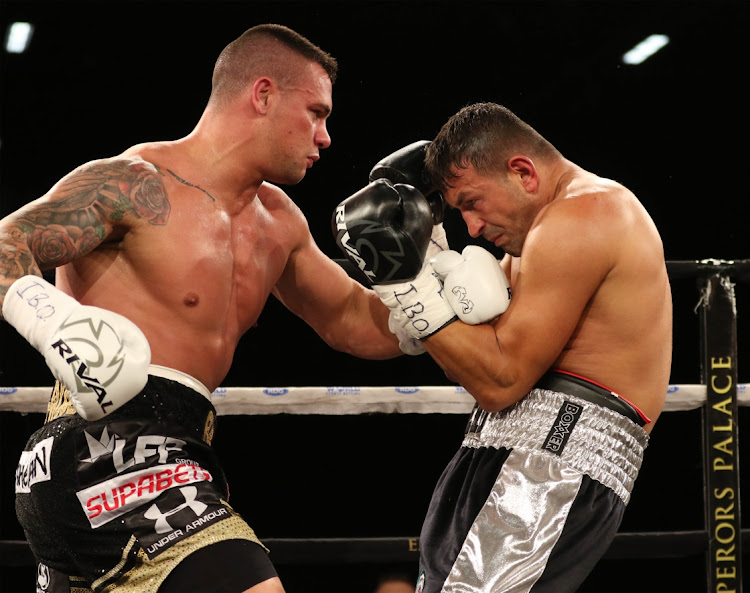 Boxing SA (BSA) is not aware of the WBC Bridgerweight title fight – the first since the new weight division was introduced in November by WBC president Mauricio Sulaiman – that is supposed to take place in SA.

This was according to BSA chair Luthando Jack yesterday, when he was asked if they recognised the new weight division that was named after six-year-old boy Bridge Walker, who saved his four-year-old sister from a vicious dog that attacked them in Cheyenne, in the US state of Wyoming. Walker was rescued by the owner of the dog but was badly bitten.

The story went viral and captured the heart of Sulaiman, who named him an honorary WBC champion and presented Walker with a title belt.

The new weight level sits just beneath the heavyweight class and above the cruiserweight category. Golden Gloves announced that No 2-ranked contender Kevin Lerena and Bilal Laggoune – the No 12-ranked fighter from Belgium – will fight for that division’s vacant title.

Jack said he had established from BSA's office in Pretoria that the fight has not been sanctioned. “When it is brought before us we will then deal with it through our structures by way of the sanctioning committee. If that fight is to take place in the country, we have got a responsibility of co-sanctioning it with the WBC. But I can tell you that we have not had any discussion about the introduction of a new weight division, particularly in the country,” said Jack.

WBC’s representative in SA, Peter Ngatane, said Golden Gloves applied to the WBC for the staging of the title fight in SA. “Check with Rodney if he has approached the BSA board,” he said, referring to Golden Gloves boss Rodney Berman.

Berman explained that they had applied to BSA to stage a tournament on March 13. Regarding the Bridgerweight fight, he said: “When it is a WBC-sanctioned fight, sanctioning is also from the WBC.”

Berman added: "I am actually toying with the idea of doing that fight in the second week of April. That is because UFC Fight Card that will televise it in America announced that they will not be doing any boxing until April. That is because many fights have either been cancelled or postponed due to Covid-19.

“Also, with the 9pm curfew here it means the tournament must be done and dusted with by 8pm. So I will go ahead with the tournament on March 13 that will feature the likes of Ricardo Malajika, Sabelo Ngebinyana, Rowan Campbell and Ryno Liebenberg.

"But Kevin’s one will [take place] in the second week of April, which will be a Sunday afternoon so that I don’t have to worry about the curfew. I will be meeting with the casino [Emperors Palace] regarding this arrangement; it is my thinking and I am sure it will come to fruition.”

Consistency, humility and integrity is what is required from both the Boxing SA board and provincial structures to restore the pride and dignity of ...
Sport
1 year ago