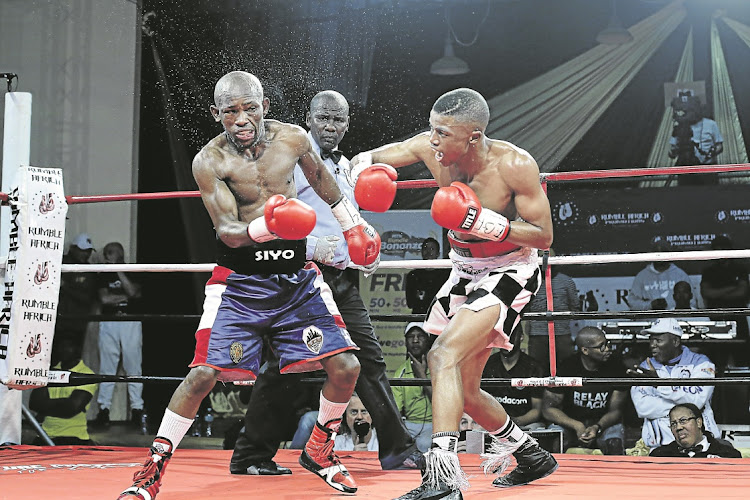 Emerging boxing star Sivenathi “The Special One” Nontshinga will welcome Filipino Christian “The Bomb” Araneta for the IBF junior-flyweight No 1 spot, after Rumble Africa Promotions (RAP) and Araneta's camp agreed that the elimination fight be organised in SA by RAP.

The IBF Championship Committee had given the two camps until today to find each other or the fight would go to purse bids.

This will be the second time RAP organises a fight of this stature. On September 29 2019 it staged an event at East London’s Orient Theatre, where the promotions company's golden boy Azinga Fuzile suffered an eighth-round stoppage loss to Russian Shavkatdzhon Rakhimov.

RAP chief executive Nomfesane Nyatela is not sure about the venue this time around, saying it could happen back home in East London or in Johannesburg.

Nontshinga, 22, is rated No 2 by the IBF in the junior-flyweight division where 25-year-old Araneta occupies the No 5 spot. Nontshinga boasts nine knockouts in nine wins while the Filipino has left nine of his 15 victims counting stars. He has a single loss.

Nyatela said: “We reached the agreement with Araneta’s camp to avoid a deadlock, which would have led to the fight going on purse bid. For us this means that we are growing as a promotion. Remember, two years in a row the IBF recognised us as the best boxing promotion company in Africa, and that alone says a lot about what we are doing.”

She said they trust the charismatic Nontshinga to bring home the bacon.

“He started his career with us and we’ve watched his carer grow. He’s outstanding and we know that he will be victorious in his fight,” she said. “He is also loyal to us.”

“Almost all our boxers don’t have sponsors and they struggle even with training gear. With Silulo Ulutho Technologies coming on board our boxers will start to have things that some of them dreamt of because their sponsorship includes proper diet.”