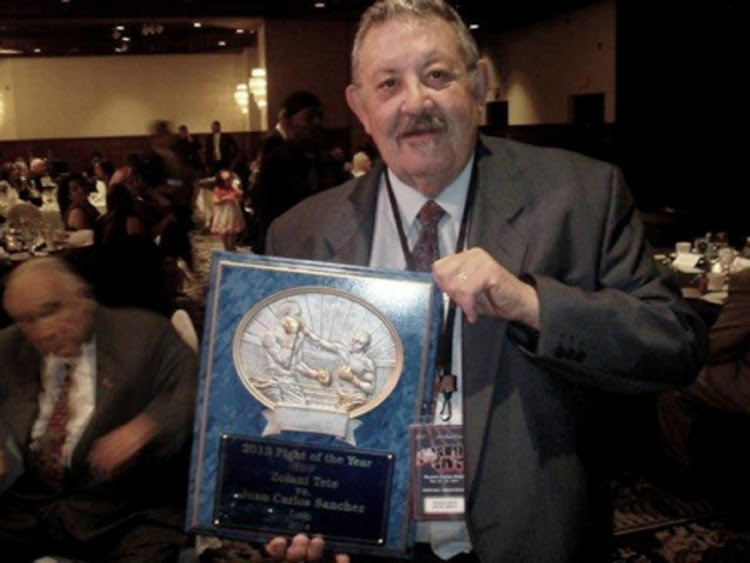 The fight – Mthalane’s fourth defence and his first at home in KwaZulu-Natal – will take place at Olive Convention Centre in Durban on December 20.

That is where female promoter Nokwanda Mbatha, from Esikhawini in KwaZulu-Natal, will be introduced to big-time boxing by staging the first IBF championship fight in the province. Mthalane's previous three IBF title defences all took place in Japan.

Mthalane’s last fight at home was in 2015 at the same venue, where he pulverised Filipino Renz Rosia into submission in nine rounds to register the second defence of the IBO title. Mthalane later vacated that title to embark on the journey to reclaiming the IBF title, which he relinquished in 2014 under trainer Nick Durandt.

Mthalane – under new trainer Colin Nathan and Vusi Mtolo – reclaimed the belt in 2018. Hotz was a judge when Mthalane defended successfully against Mayasuki Kuroda in Tokyo last year.

“I am excited to have been appointed for Mthalane’s fight,” said the 67-year-old veteran. “I could not wait for the letter of appointment. The IBF president [Darryl Peoples] was battling to get officials to come here due to coronavirus. Finally he found someone and it’s all sorted out. We are ready to rumble.”

This will be Hotz’s third time supervising an IBF title fight.

Hotz said Deon Dwarte from Cape Town will be the referee in Durban. Clifford Mbelu, also from Cape Town, Alejandro Lopez from Mexico and Greg Otega from the Philippines will be judges.

Mthalane, 38, has been a professional boxer for 20 years. The former SA champion, who always goes forward during a fight, has 39 wins (26 knockouts) and two defeats.

Mama, 23, is still new to the game. Having fought his first professional fight on February 13 2016, he is yet to taste defeat after 15 straight wins and eight knockouts.

IBO cruiserweight boxing champion Kevin “Two Guns” Lerena, whose consistency has earned him recognition from the ratings committees of the WBC, WBA ...
Sport
8 months ago

Koos Sibiya will join the rich list of boxers who proved that age is just a number if he beats younger and fresher Anthony Moloisane for the ABU SADC ...
Sport
8 months ago
Next Article