IBO champ feels he can't slip up against Ferguson 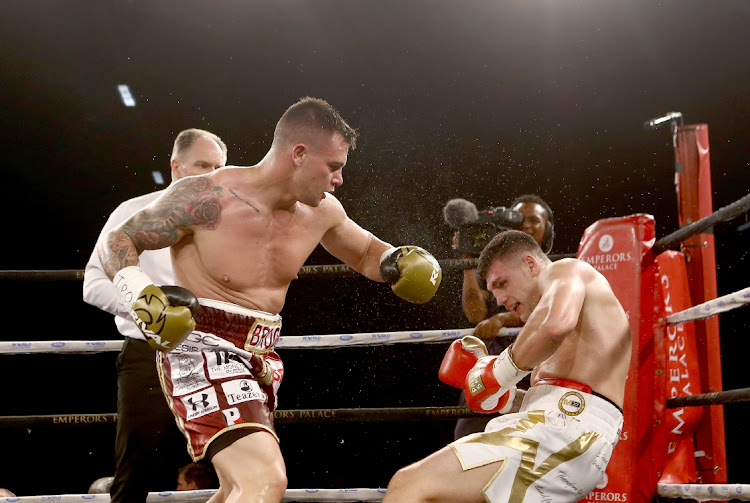 IBO cruiserweight boxing champion Kevin “Two Guns” Lerena, whose consistency has earned him recognition from the ratings committees of the WBC, WBA and IBF, says he is at a stage in his career where he cannot afford to make mistakes.

Lerena is rated No 5 by the WBC, second by the WBA and third by the IBF.

Lerena will face American Patrick Ferguson in a non-title fight at Emperors Palace on December 19. Ferguson, 29, has been around since 2016. He is yet to get recognition from sanctioning bodies, having failed in two attempts to win the WBO Africa title from Ghanaian Ibrahim Tabul. Ferguson has 17 wins and a draw.

Lerena – who has defended his title six times – said each fight is as important as the next.

“There is no time to slip up now,” Lerena told fight publicist Brian Mitchell. “This is a keep-busy fight, as people say, but for me this is a big fight that will prepare me for 2021. I am glad for the opportunity, more so because it is here in SA, especially during this tough pandemic; no-one knows what’s happening. I am just fortunate to be in a position to get this opportunity so that I can stay active while preparing for 2021, which I believe will be a big year for me.”

Lerena added that he was keeping as motivated as he was for his last title fight. “Now and ever I need to be more focused,” he said. “Patrick has got amateur pedigree and a decent record and if he beats Kevin Lerena he’s kind of made, like on a world stage and I can’t let that happen.”

The pain of seeing SAs accomplished boxer Vuyani “The Beast” Bungu being ignored for the induction to the International Boxing Hall of Fame in New ...
Sport
1 year ago

Lerena said his trainer Peter Smith works him hard to beat anybody put in front of him.

Smith said: “We are excited to get this fight. As you know 2020 has been a terrible year. This guy [Ferguson] is coming to take Kevin’s crown. Even when it is a non-title fight it just means a win is a crown for him.

“We need to do some serious business. We've both been getting our minds around how we will destroy this guy and go about this fight. Kevin is so well-known now, they are watching every opportunity to see any slip or weakness. But Kevin has shown such powerful wins. So this is a world title fight for us.”

Credit should go to IBO president Edward Levine, who has consistently looked after SA boxers. The likes of Nkosinathi Joyi and Hekkie Budler shot to prominence through Levine’s sanctioning body and later won IBF and WBA Super belts, respectively.

The same applies to the WBF, which has been very kind to SA fighters, especially females. Noni Tenge, whose firmness in defending its welterweight title eventually convinced the IBF to allow her to challenge Daniella Smith and she won the fight.

Will Prince ascend throne or Tiger continue reign of terror?

The fight fraternity in Gauteng must brace itself for an artistic boxing bout between talented boxers Xolani “Tiger” Mcotheli and Sibusiso “Prince” ...
Sport
1 year ago

Boxers must learn to draw spectators

Fight publicists and boxers of this era are failing to market boxing matches. Fighters must begin to sell fights now. Boxing is a business and no ...
Sport
1 year ago
Next Article