Boxers must learn to draw spectators 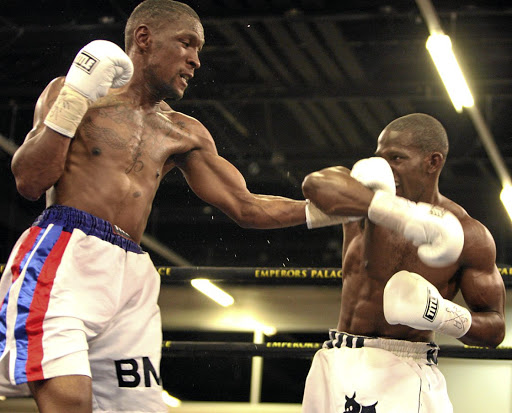 Fight publicists and boxers of this era are failing to market boxing matches. Fighters must begin to sell fights now. Boxing is a business and no promoter who is trying to make money from a show is going to have a fighter in his show if that fighter is not a ticket seller.

That applies from the provincial small-hall show right up to the biggest shows in the country. Fighters – with the assistance of publicists – must learn to make themselves marketable to the top promoters.

Getting a quote these days is like trying to remove a tooth. They do not seem to understand that boxing is more about hype.

Pettifer was a publicist par-excellence. A former boxing matcher who later worked for Golden Gloves of Rodney Berman. There was never a dull moment when Berman  was about to stage a tournament. Pettifer, who could sell ice to an eskimo, was good at marketing boxing matches.

"This guy packs the meanest jab and a ramrod right hand, and don't be surprised when he floors Anton Nel for the vacant SA heavyweight title," he said in reference to unskilled Sam Ubokane, who suffered a crushing third-round knockout in their fight.

Ndou calls for new BSA board to get busy

The incoming seven-member board of Boxing SA which is expected to be announced later this month will need to hit the ground running.
Sport
1 year ago

Pettifer – who was described by fans as a "walking encyclopaedia of boxing" due to his vast knowledge – died of heart complications in 2010.

Mwelase and Mandawe were fearless and arrogant boxers. Mwelase, whose career was guided by Johnny du Plooy, was able to back his trash talk with his fists. They gave quotes that helped promoters in terms of ticket sales.

Mwelase, a gold medallist at the 2006 Commonwealth Games, said:  “I’m smart. People ask me why I’m so confident and I tell them that I am a special pugilist who was born to conquer.” Before fighting Chris van Heerden for the IBO belt in 2010, Mwelase said: “I will rename him Christine van Beaten when I am done with him." Van Heerden outpointed Mwelase, who quit the sport after that loss.

Mandawe, who was trained by Eugene Khanyile, mocked Paul Kamanga before their fight in 2014. "I'm a gangster from Meadowlands Zone 3 in Soweto. I eat pap and skop. How can I be threatened by a young boy from the suburbs who eats cornflakes every morning?"

Kamanga defeated Mandawe on points for the WBA Pan African junior-welterweight title. Mandawe was stabled to death in Meadowlands, Soweto, in 2015.

These individuals, especially Mwelase and Mandawe, knew and understood that boxing is about hype –contrary to what we see today.

Former and present SA boxing champions in both the male and female sections who are owed championship belts by Boxing SA after registering required ...
Sport
1 year ago
Next Article