May 31 a day to cherish for Takalani Ndlovu 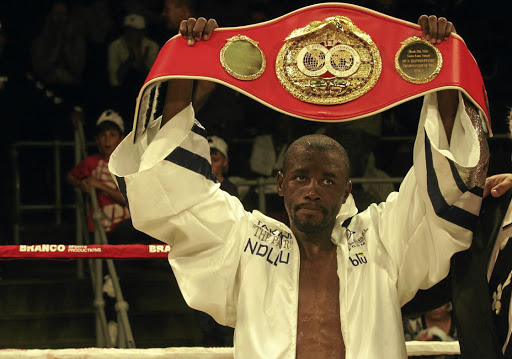 He is the product of veteran trainer Theo Mthembu of the famed Dube Boyz Club.

Tshehla had won the SA, ABU and WBC International belts after forcing 38-year-old veteran Jackie Gunguluza to quit in his corner going for the seventh round in 2001.

Said Ndlovu: "I was in a situation where if I did not challenge Anthony I was going to lose my top rating. I was scared to fight 12 rounds because I was still up-and-coming boxer. I took my chances and it paid dividends."

Ndlovu lives in Kibler Park with his wife and three children. He quit boxing in 2014 with 34 wins in 44 fights. The 42 year old former fighter is a personal trainer in Sandton, Johannesburg.

While the boxing fraternity is waiting for the day when it is announced that all sports can resume, the million-dollar question for Loyiso Mtya is ...
Sport
2 years ago

There is a grave concern from a large number of professional boxers who say that by the time President Cyril Ramaphosa announces the end of lockdown, ...
Sport
2 years ago
Next Article