'I slept in a stable of cows to focus on boxing,' says Miya 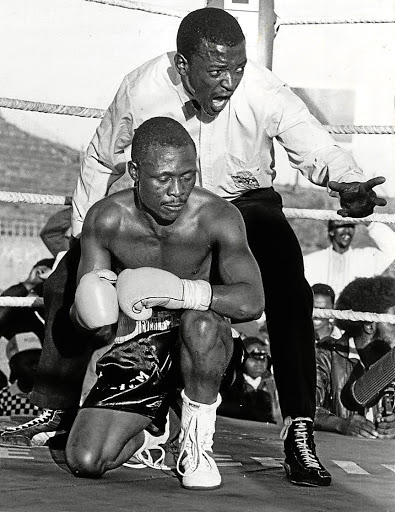 The desire to own the Old Buck Championship boxing belt was so massive back in the day that some champions would resist the temptation of sex once they start preparing for defences of their titles.

But Mpiyakhe "Baby Joe" Miya took extreme measures to avoid distractions during his preparations for his second defence of the SA flyweight belt at Rabasotho Hall in Tembisa where he defeated Fraser Ndzandze on May 18 1984.

Miya left the comfort of his family house in Dube, Soweto, and set a training camp in a farm near Naturena.

"I slept in a stable of cows for six weeks," revealed the pocket-sized retired champion from whose originally eMazizini in Bergville, KwaZulu-Natal.

"I did not want anything to disturb me because I was preparing for a very tough boxer in my second defence and I knew that getting past him would motivate me in my next defence and to finally own the belt."

Ndzandze was undefeated after 14 fights and Miya spoiled his good record.

"My mind was clear and my spirit was clean going into the fight and Fraser was tough. I threw every punch in the book early in the fight, but it was like killing fire with fuel because he kept coming," says Miya.

"But I conquered; otherwise the sacrifice I made of ignoring the smell of cow dung and turning the kraal into my home for six weeks would have been for nothing," he said.

On his third defence against Fransie Badenhorst, Miya then claimed the ownership of the Old Buck belt. He still enjoys that achievement even today.

"Even today, I feel proud to own the championship belt," says the 64-year-old, who now hones the skills of fighters in Eldorado Park, south of Johannesburg, where he currently lives with his family.

"Even the most talented athletes must make that one sacrifice, especially when facing the moment of truth," Miya said.

Top trainer Anton Gilmore has given Mike Tyson and Evander Holyfield a thumbs up for their highly publicise exhibition boxing bouts.
Sport
1 year ago

British promoter Eddie Hearn says he would probably like to see former heavyweight champion Mike Tyson fight again but has questioned whether boxing ...
Sport
1 year ago
Next Article