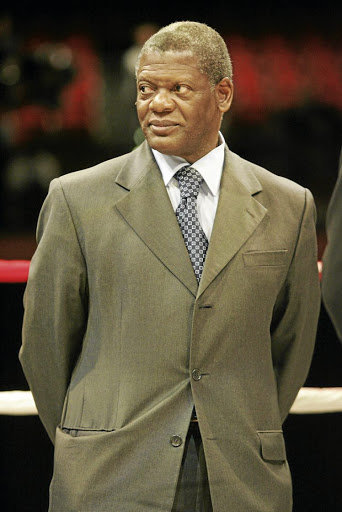 The board of Boxing SA, under the chairmanship of Peter Ngatane, has flagged out key issues that apply specifically to the professional boxing sector during the 21 days lockdown which was forced by Covid-19 outbreak.

Ngatane, a medical practitioner, has urged all licensees to act responsibly during this period and not break the law in the name of boxing.

"Let us exhibit that we are exemplary pugilists who will not risk to put the name of our noble sport into disrepute by risking to go out for training or road running in violation of the 21 days lockdown directives," he said in a statement.

"Effective from Friday [tomorrow], BSA personnel will be working remotely and thus the national office will be closed until April 16.

"We appeal for understanding in the event that any challenges beyond our control are experienced. During this period and within working hours, we may be contacted through COO Cindy Nkomo and Mncedisi Ngqumba, who is tournament officer for urgent matters."

Boxing SA cancels all its events due to COVID-19

Boxing South Africa (BSA) has acted swiftly by cancelling all tournaments that had already been sanctioned due to coronavirus outbreak.
Sport
1 year ago

Major sports events around the world that have been hit by the coronavirus pandemic:
Sport
1 year ago

Regarding the annual boxing awards, he said the nominations were supposed to have gone out mid-March, however, this has been temporarily suspended.

"New timelines for the nomination process leading to the awards will be issued in due course after resuming the normal run of business," he said, adding that preparations for the SA Convention have been under way.

It has been a norm that the convention takes place a day after the awards although BSA did not have it for 2017 and 2018 awards.

"The next step was the confirmation and announcement of the date and venue and in light of the current situation, the revised details of the convention shall be communicated in due course after resuming the normal run of business," clarified Ngatane.

Meanwhile, WBC president Mauricio Sulaiman has temporarily suspended his organisation's Clean Boxing Programme that is designed so that every WBC champion and ranked contender must enrol in drug testing, which is overseen by Voluntary Anti-Doping Association (VADA).

"With the current climate, it's obviously not practical to be running around collecting samples from people," he announced. "The WBC, in agreement with VADA, has temporarily suspended all Clean Boxing Programme testing..."