Who are the highest earners in SA boxing? We reveal the money men 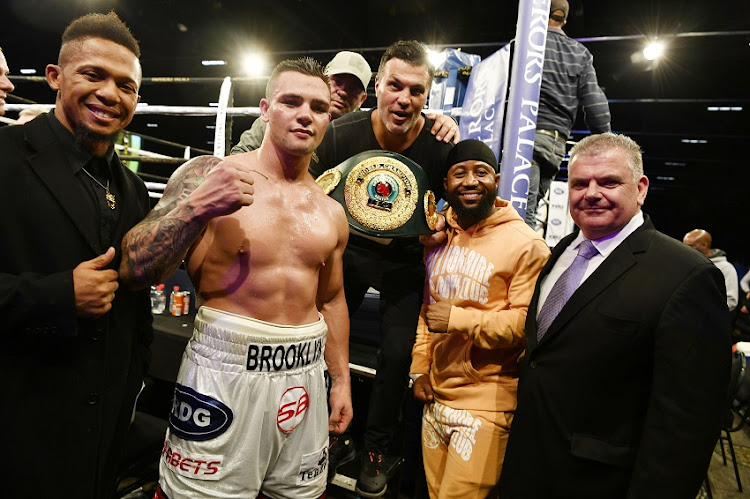 Who are the highest earners in South African boxing?

Who are the boxers who continue to rake in the big money every year to such an extent that they make their bank managers weak in the knees as soon as they walk into the bank.

We reveal the list below and some of the names are surprising.

1) Kevin "KO Kid" Lerena is the undisputed money man in SA and continues to laugh all the way to the bank after putting his money where his mouth is.

The 27-year-old left- handed IBO cruiserweight champion fights four times a year and is getting paid nothing less than R500 000 per fight.

He is promoted by Golden Gloves of Rodney Berman who stages his fights at Emperors Palace.

The charismatic fighter - a father of two children - lives is a posh home in Cedar Lake.

A former horse racing jockey‚ Lerena owns shares in a couple of horses.

He comes from a hard-working successful family.

Lerena is also a part-time paramedic.

He does that free of charge and is not paid anything at all.

He is passionate about it.

Lerena has 23 wins with 10 knockouts.

The only blemish on his record was a defeat to Johnny "The Hurricane" Muller.

But Lerena avenged that points loss with a knockout in the 10th round.

He has chalked up four defences of his IBO belt and one of those defences was against Ukrainian Roman Golovashchenko - in Azerbaijan‚ Eastern Europe - last year.

Lerena will have his third fight this year in September.

He is rated at sixth by the WBC‚ and fifth by both the WBA and IBF.

Fuzile from Duncan Village is trained by Colin Nathan in Johannesburg.

The boxer who remains undefeated after 14 fights is promoted by Thembalethu Ntuthu of Rumble Africa Promotions.

Fuzile is rated fifth by the IBF whose No 1 and 2 spots are vacant.

He will welcome highly rated Russian Shavkatzhon Rakhimov in East London on September 29.

Rakhimov is rated fourth by the WBC and sixth by the IBF.

The winner will earn the right to challenge IBF champion Tevin Farmer.

3) Gideon "Hardcore" Buthelezi sits at third place and is the oldest man on the money list.

The 33-year-old IBO junior bantamweight holder is under the guidance of promoter Ayanda Matiti who trades under the banner of Xaba Promotions and Events.

Buthelezi‚ the left hander from Boipatong in the Vaal‚ earns about R300 000 per fight.

He has 22 wins in 27 fights but is yet to be recognised by the other sanctioning boxing bodies.

4) Thulani "Evolution" Mbenge comes in at fourth place and does not get out of bed for less than R250 000.

The career of the former SA‚ ABU and IBO welterweight champion from Mdantsane is guided in Johannesburg by Sean Smith.

A former top amateur from Mdantsane‚ he lost his IBO belt under mysterious circumstances to Sebastian Formella in Germany last month.

That was the 27-year-old's only defeat after 15 straight wins.

5) Yanga "Showtime" Sigqibo comes in at No5 and reigns supreme as the WBO Inter-Continental titlist.

The former WBC International undefeated junior bantamweight holder is said to earn around R200 000 per fight.

The 24-year-old Sigqibo‚ who has previously held the domestic title‚ is promoted by Matiti.