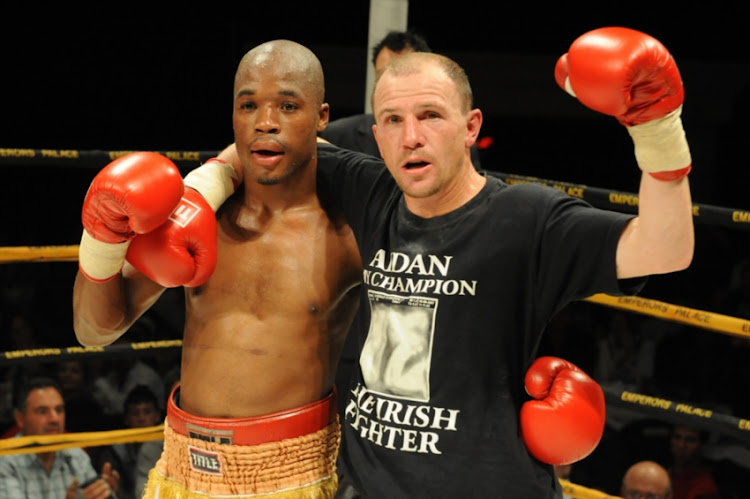 Trainer Anton Gilmore knows exactly what his charge‚ Michael Mokoena‚ should expect from Thompson Mokwana in their March 10 bout — he’s been in the ring with the opponent himself.

Gilmore won a close decision over a young Mokwana over six rounds in 2008 in a comeback after his 1997 challenge against Cassius Baloyi in the first-ever all-SA world title clash in 1997.

Gilmore‚ who retired for good after that‚ had another boxer take on Mokwana in the amateur ranks even before that. Gilmore’s fighter emerged victorious on that occasion as well.

“I love Tommy‚” said Gilmore‚ adding he had given the fighter advice for other bouts.

“In the one fight he was struggling and then he remembered my advice‚ telling him to move‚ and then he won it easily.”

But there’ll be no advice come the lightweight 10-rounder bout in KwaThema‚ Springs‚ next month.