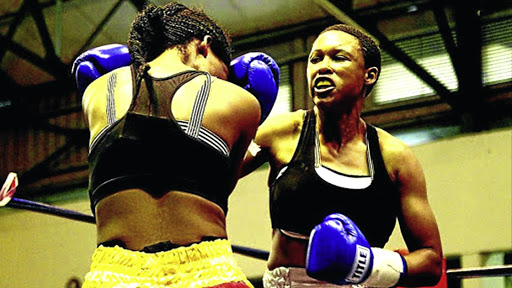 Women's boxing in South Africa is nothing but an illusion and, if truth be told, it should just be done away with because even Boxing SA seemingly cannot get it right.

The number of professional female boxers remains 28. In most weight divisions there is only the champion, while in others there are less than four contenders.

Those champions will never be able to make the required number of five defences to claim rightful ownership of the championship belt.

Promoters have failed to include a female bout or two in their tournaments.

In an exclusive interview Kabini told Sowetan: "The basis of the committee is to provide for a marketing mechanism to promote professional boxing for females and also provide for the participation and involvement of women in boxing."

None of that happened.

Kabini said the strategic objectives and focus area of the programme were to level playing fields to get a share of the opportunities and exposure afforded to their male counterparts. They only did well in profiling female boxers.

"We want to recruit and preserve as much female participation from all races as possible, [and ensure] retention and heightened development of female licensees in boxing," she said. There are no fighters in the heavyweight, junior-heavyweight, light-heavyweight and super-middleweight classes with champion Mapule Ngubane the only middleweight.

She defended her title in 2016 Julie Tshabalala is listed as the welterweight champion.

Matshidiso Mokebisi is the junior-featherweight champion. These champions last defended in 2017. For the first time since 2006 no female tournament took place in August which is the Women's Month celebrations