'Nomeva' unfazed by US loss as he had 'sought exposure' 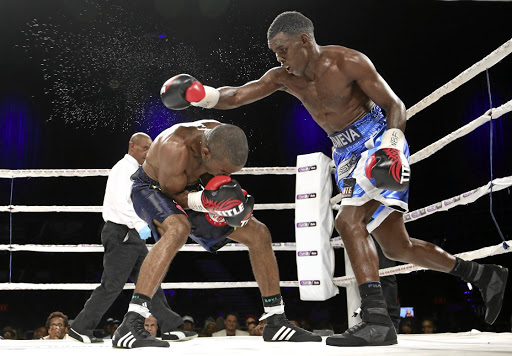 The hurdle that Xolisani "Nomeva" Ndongeni took to introduce himself to the bigger boxing fraternity in America was too daunting for the former SA two-weight division champion who was overawed by the occasion last weekend.

Devin "The Dream" Haney's involvement as a co-promoter was such that television houses had to punt him the best way they could to give him the psychological edge over the South African who scarcely enjoys that kind of mileage back home where he has defied all odds to achieve a lot despite being average in terms of skills.

It is misleading of some people to say Ndongeni did well to lose on points. Instead, locals must begin to show appreciation for their fighters by attending tournaments. Media houses must also stand behind the fighters so they can get used to cameras.

Ndongeni tasted defeat and sitting on his bums for the first time after 25 straight wins. He led one round to eventually lose by a lopsided points margins of 100-90 (twice) and 99-90 to Haney who remains undefeated after 21 fights.

Nomeva in no mood to be stepping stone for Haney

"I knew it was gonna be a tough task," trainer Sean Smith said.

"Ndongeni told me he wanted to fight and I had to grant him his wish. I think Nomeva can take a lot from this experience and return a better fighter. But no excuses from outside, Devin is just special."

Ndongeni said: "I was not intimidated at all. I went there knowing the fight was not done for me. I just needed to prove myself. I did not use my jab the way I should have. But I have promises that I will be back in the USA soon."

Ndongeni, a former SA champion, IBO and WBF holder, had no business to be in the ring with that 20-year-old prospect who is being groomed for a world title, unless the purse money was worth it.

"The purse money was not good but I took the fight to sell myself," Ndongeni said.

"I fought a well-known prospect from the Floyd Maywweather Jr gym who is being touted as the next best thing and a win would have launched me internationally."

The last real boxer to give Ndongeni a test was Jasper Seroka who Ndongeni stopped within the distance for the IBO strap in 2015.

Since then the level of Ndongeni's opponents has been very poor.