Nomeva in no mood to be stepping stone for Haney 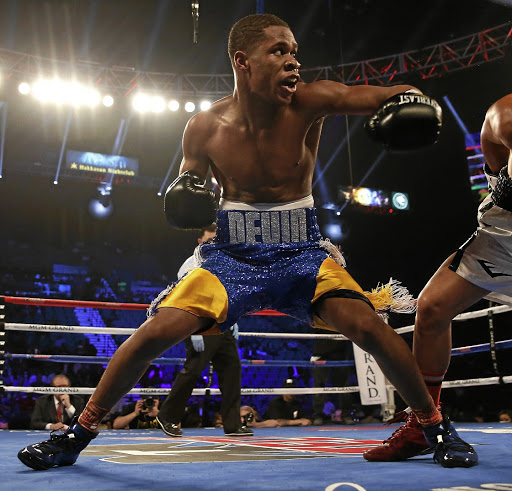 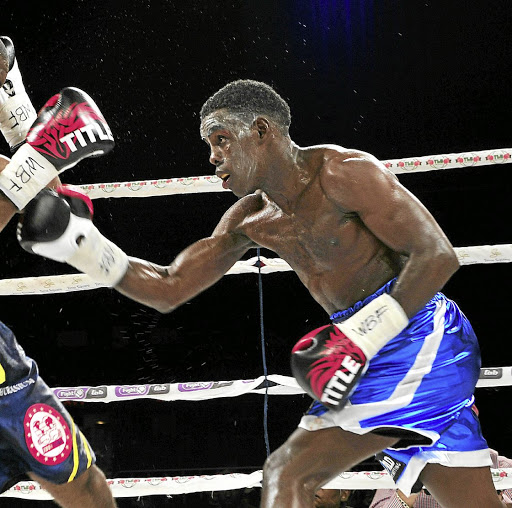 Boxing is an unpredictable sport full of surprises.

This could be the case when Xolisani "Nomeva" Ndongeni takes on Devin "The Dream" Haney at Stage Works Arena in Shrevenport, Louisiana, in the US tomorrow morning.

He will jointly stage his fight with Pelullo. Haney is trained by Floyd Mayweather Senior in Las Vegas and is touted as the next big star.

He has 13 knockouts and last fought in September when he won the NABF lightweight strap.

Xolisani Ndongeni warned before jetting out to the US last week that he did not join the fistic sport by default.
Sport
3 years ago

Haney and Pelullo believe that 28-year-old Ndongeni is just an opponent that they can use to further build the boxer's career.

Haney is already recognised by the IBF with a No 10 rating, the WBA, which has given him the No 8 position and the WBC, which has placed him 10th in its rankings.

He has made it clear that he wants to be a world champion this year and defeating Ndongeni, a former IBO champion, will bring that wish even closer to reality.

But the undefeated Ndongeni in 25 fights is no pushover.

The former SA champion in two weight classes proved that early in his career by defeating top names, including Godfrey Nzimande, Patrick Malinga and Mzonke Fana.

The fearless warrior from Duncan Village, whose career is guided in Johannesburg by Sean Smith, has just the right weaponry in his arsenal to upset the apple cart.

"I've never doubted that I will beat him and I have all the ability to do so," he said from his hotel room yesterday. "There is a lot of attention on this bout and I know a win for either fighter is big and will open doors and opportunities. I am ready and I am in tiptop shape, so I am looking forward to having a sensational performance."

Smith said: "I've put my best as a trainer and so has Xolisani. I know it's a tall task. They are hyping this kid for star status and we are in his home country against all odds but that is what makes it so motivating for me.

"I know if we have a good night we can steal the spotlight and leave with all the fruits this match brings. We are leaving nothing to chance. By the grace of God anything is possible."