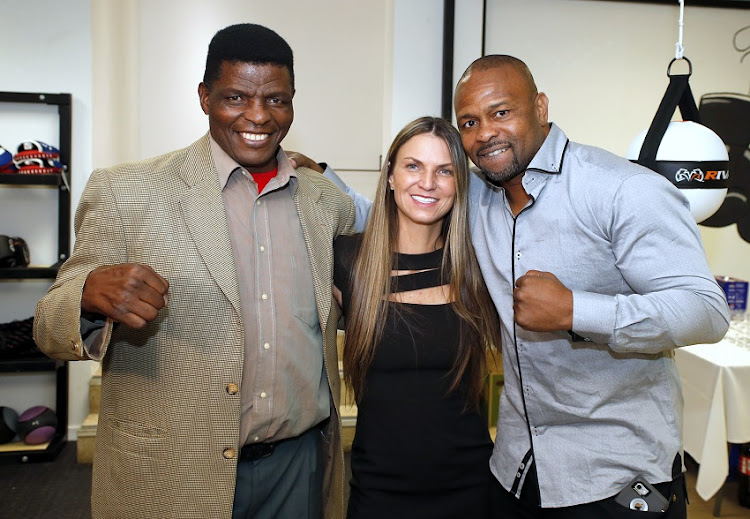 Attending the launch of the new gym set up with his South African partner‚ Jodi Solomon‚ in Craighall‚ Johannesburg‚ on Wednesday night‚ Jones also came face to face with his old foe‚ Thulani Sugarboy Malinga.

“To me‚ he didn’t have a fair chance [for opportunities]‚” Jones said of Malinga‚ who had already lost two world title cracks before he faced Jones‚ the IBF middleweight king‚ in a non-title bout.

“I didn’t even realise how difficult it was for a fighter to get out of South Africa to come fight in the US until I met him.”

Jones went on to greater things‚ winning the world light-heavyweight and heavyweight crowns‚ while Malinga finally lifted the WBC super-middleweight title in 1996 when he was already 40 years old and‚ after losing it in his first defence‚ again in 1997.

“I’m just trying to help speed up the process.”

Solomon has made a name for herself in the US as Isaac Chelemba’s representative over the past six years‚ says taking SA boxers to the US without losing them to US trainers and managers is possible.

“We [she and Chelemba] worked together for 10 years with no contract‚” said Solomon‚ adding she had met much resistance locally because she’s a woman.

“My greatest desire is to help boxers‚” said Solomon. “My aim is not to be wealthy‚ it’s to be invited to their wealthy houses for a cup of tea one day.”