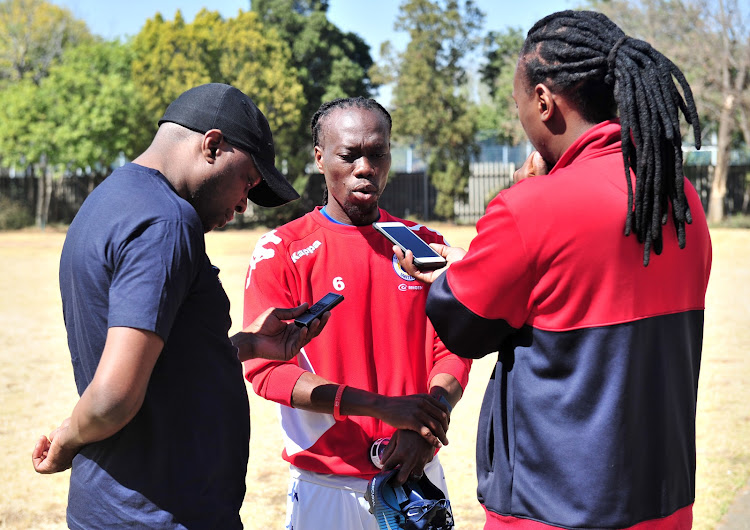 SuperSport United’s veteran midfielder Reneilwe “Yeye” Letsholonyane has said that Siphiwe Tshabalala’s belated move to Turkey at 33 must serve as a lesson to everyone not to judge players based on their age‚ but what they can offer.

“It must serve as a lesson to all of us in this country to say that let’s rather judge a person based on what they can offer rather than age‚” said Letsholonyane as United prepared to face Chiefs in the anticipated MTN8 semifinal‚ second leg on Saturday.

“People at that club he is going to have seen and recognised what he can do irrespective of his age and they believe he can offer them something. All of us‚ young and old‚ must learn to trust God’s timing and the fact that it is never too late.

“The same goes for the supporters who must learn to judge players based on what they can offer on the field of play‚” Letsholonyane said about his long-time friend.

Tshabalala has been a consistent performer for Chiefs but an overseas move never materialised and Letsholonyane admitted that it was long overdue.

“I am very happy for him because it is something that should have happened a long time ago but didn’t. In this country people say he is old but he has just secured a two-year contract at his age. I know it is huge for him‚ his career and his family.

“We spoke about it during the talks but I could not say anything to anyone before it was signed and sealed and I am happy that it is done.

“I did not have to tell him anything because he knows exactly why he is going that side. He is an intelligent guy who knows what he is supposed to do when he gets there.

“I only wished him luck as a friend and I know that he is going to do well.”

United beat Chippa United 2-1 at Lucas Moripe Stadium on Wednesday and Letsholonyane said the result will serve as motivation for their clash against Chiefs‚ where the semifinal tie is deadlocked at 2-2 after the first leg in Atteridegville.

“Our match against Chiefs is a big game. We conceded two goals at home but I think by Saturday we will be ready to come out and fight to be in the final.

“We know that we have a huge task at hand and we need to score but we won’t be careless.

“We know they can hurt us if we disrespect them and we will focus on our preparations and make sure that we are ready for the match.”