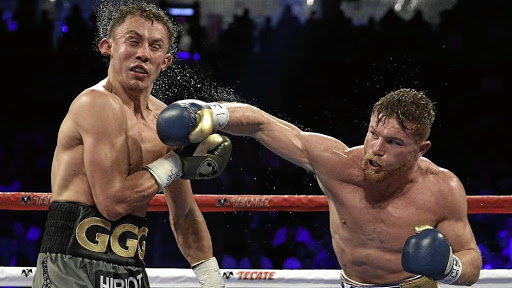 Gennady Golovkin and Saul Alvarez will have a rematch next month.

I am exhilarated after learning this week that the Nevada State Athletic Commission (NSAC) took it upon itself to appoint the referee and three judges for the rematch between Gennady Golovkin and Saul "Canelo" Alvarez, whose bout will take place at T-Mobile in Las Vegas, Nevada, on September 15.

Only one of the three judges who worked in their first fight - a controversial split draw last September - is set to score the rematch.

These two slots have been filled by highly regarded New Jersey-based Steve Weisfeld.

The referee will be Benjy Esteves.

Golovkin's WBC, WBA Super and IBO middleweight titles will be up for grabs. The 36-year-old warrior is undefeated in 38 fights with 34 KOs against a controversial draw with Canelo, the 28-year-old drug cheat from Mexico - who has a single defeat in 52 bouts with 34 knockouts.

Call to disband BSA board slated

Gauteng Boxing Promoters Association chair came out guns blazing over attemptsto have the Boxing SA board disbanded.
Sport
3 years ago

Canelo, who should still be serving a lengthy suspension after failing two drugs tests early this year, must do it on his own to take the three titles away from Golovkin.

I want to salute the NSAC for taking power away from the WBC, WBA and IBO, who would have cocked up anyway in appointing officials, by doing it themselves.

I have on many occasions suggested that Boxing SA should do the same here at home by appointing officials, especially in national and international title fights when champions are defending in their own provinces.

That is because champions, fighting at home, are often made winners unless the visiting boxer beats their opponents to a pulp.

Koos Sibiya was close to tears when Sunday World interviewed him after being blatantly robbed in an SA junior lightweight title fight last month.

The 36-year-old was ahead against defending champion Phila Mpontshana at Orient Theatre in East London, but all three judges from East London scored the bout in favour of local boxer Mpontshana.

Mpontshana was so visibly defeated that even his local fans booed him when he was announced as the winner.

BSA must call a rematch between Sibiya and Mpontshana and appoint neutral judges. In fact, BSA must take a leaf from the Nevada State Athletics Commission's book by not relying on provincial managers or representatives of sanctioning bodies in appointing officials going forward.

That will not only help eradicate corruption but will also see all BSA-licenced ring officials handle title fights and grow as ring officials because now only the same faces are appointed by provincial managers or the international bodies.

Why is this the norm when there are so many capable officials around the country?

They can no longer be trusted, fumes Zonke .
Sport
3 years ago
Next Article