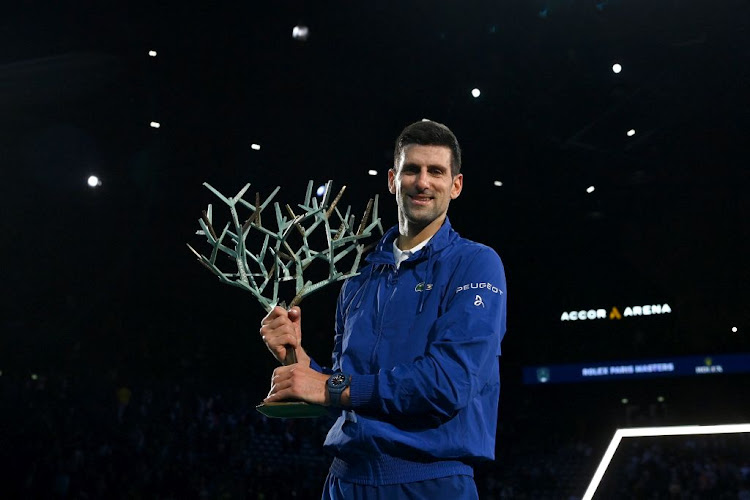 Tennis world number one Novak Djokovic kept a low profile in his third day in Australian immigration detention on Saturday, as a blame game between Australian authorities over handling of Covid-19 vaccine exemptions gathered steam.

The Serbian superstar, a vocal opponent of vaccine mandates who came to Australia in hopes of winning his 21st Grand Slam at the Australian Open, has been holed up since Thursday in a modest Melbourne hotel after his visa was cancelled due to problems with a medical exemption.

Czech player Renata Voracova was also detained and had her visa revoked after issues with her exemption.

Djokovic's lawyers are preparing a legal challenge to his visa cancellation, which is scheduled to go to a federal court hearing on Monday, and have been given until Saturday evening, local time, to file a summary of their case.

But other than a short post on Instagram thanking fans for their support, Djokovic, one of the world's wealthiest athletes, has made no public appearance or comment since entering the Park Hotel, which is also home to dozens of asylum seekers trying to enter the country.

The Australian newspaper reported Djokovic had requested access to his chef and a tennis court while in detention but that his request was denied. Groups of anti-vaccine protesters, Djokovic supporters and refugee advocates formed an unusual alliance outside the hotel, which was under police guard.

The Australian Border Force said it had cancelled several other visas of people involved in the tournament, including that of Voracova, who described being placed in detention like being in an action movie.

“I can't say they were mean to me,” Voracova was quoted as saying by Czech media, when asked about being questioned by authorities. “But I was not prepared for the way everything played out. I felt like being in an action film.”

The federal and Victorian state governments and Tennis Australia have denied responsibility for the dispute, which has been condemned by the Serbian government.

Rafa Nadal said he feels sorry for Novak Djokovic after the world number one was denied entry into Australia but added that the Serb knew for months ...
Sport
1 week ago

Tennis Australia said it never knowingly misled players and had always urged players to be vaccinated, after News Corp papers published a document from the organising body apparently advising players on ways to enter the country with a medical exemption from vaccination.

“We reject completely that the playing group was knowingly misled.”

Tennis Australia's advice was based on the contents of a federal government website to which it had been referred by the federal health minister, the statement added.

Tennis Australia did not respond to Reuters requests for comment.

The group's information sheet, as published by News Corp, said players could enter the country with an “overseas medical exemption” that had been “reviewed by an Australian medical practitioner” then entered on a central database. 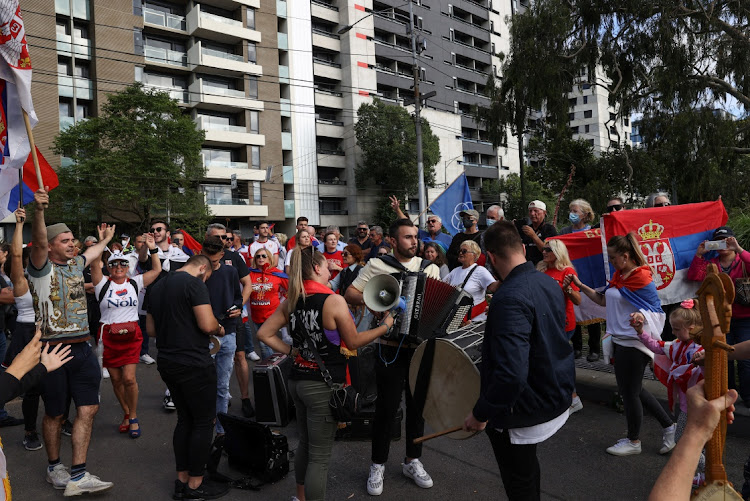 Supporters of Novak Djokovic rally outside the Park Hotel, where the star athlete is believed to be held while he stays in Australia, in Melbourne, Australia, on January 8, 2022.
Image: Loren Elliott

The document was distributed to players last month, News Corp reported. But the federal government released a letter showing it wrote to Tennis Australia in November saying that prior infection with Covid-19 was not necessarily grounds for exemption in Australia, as it was elsewhere.

Tennis Australia CEO Craig Tiley defended the organisation's actions, according to a video that emerged on Saturday.

In an address to Tennis Australia staff, uploaded to News Corp websites, Tiley said he would tell the full story about the saga but was constrained because Djokovic was challenging his visa cancellation in court.

“We would like to share with you all the information, and we will,” he said in the video.

“We've chosen at this point not to be very public with it and simply because there is a pending lawsuit related to entry into Australia. Once that has run its course, we'll be able to share more.

“There is a lot of finger-pointing going on and a lot of blaming going on, but I can assure you our team has done an unbelievable job and have done everything they possibly could according to all the instructions they have been provided.”

Djokovic, 34, has not revealed the grounds for his exemption and has consistently refused to disclose his vaccination status. Vaccines are not mandatory in Australia but are required for some activities.

Rival Nick Kyrgios who has emerged as an unlikely ally for Djokovic, said he is keen to avoid being drawn to face the Serb if he manages to convince authorities to allow him to play.

Novak Djokovic was denied entry into Australia on Thursday amid a storm of protest about a decision to grant him a medical exemption  from COVID-19 ...
Sport
1 week ago

Djokovic has been reported as having had Covid and is generally believed to not be vaccinated based on his views and yet he travels around and ...
Opinion
1 week ago

Novak Djokovic needs to prove that he has a genuine medical exemption from Covid-19 vaccination when he lands in Australia or he will be "on the next ...
Sport
2 weeks ago
Next Article