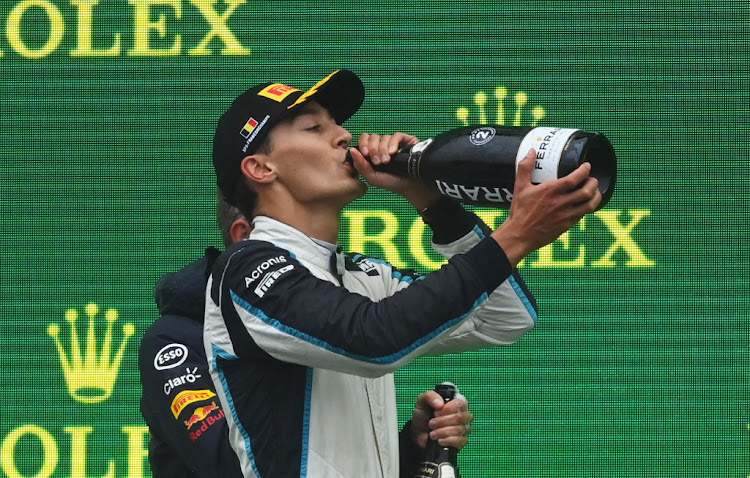 George Russell celebrates on the podium after finishing second at the Belgian Grand Prix at Circuit de Spa-Francorchamps on August 29 2021 in Spa, Belgium. Russell has teamed with Lewis Hamilton at Mercedes.
Image: Dan Mullan/Getty Images

George Russell will race for Mercedes next season in an all-British line-up with seven times world champion Lewis Hamilton, the Formula One (F1) team said in a widely-expected announcement on Tuesday.

Russell, who is in his third season at Williams, will replace Finland's Valtteri Bottas whose move to Alfa Romeo was made official on Monday.

The 23-year-old will be Hamilton's first new team mate since Bottas, now 32, also joined from Williams to take the place of retired 2016 world champion Nico Rosberg in 2017.

Mercedes have won the last seven drivers' and constructors' championships and are leading the current team standings after 13 races, although Hamilton is three points behind Red Bull's Max Verstappen.

"I'd be lying if I said I wasn't absolutely buzzing. It's a huge opportunity and one I want to grab with both hands," said Russell.

"But I'm under no illusions as to the scale of the challenge; it's going to be a steep learning curve.

"I've looked up to Lewis since I was in go-karts and the opportunity to learn from someone who has become a role model both on and off track can only benefit me as a driver, a professional, and a human being."