No hearts from Djokovic as NY crowd shows love for underdog 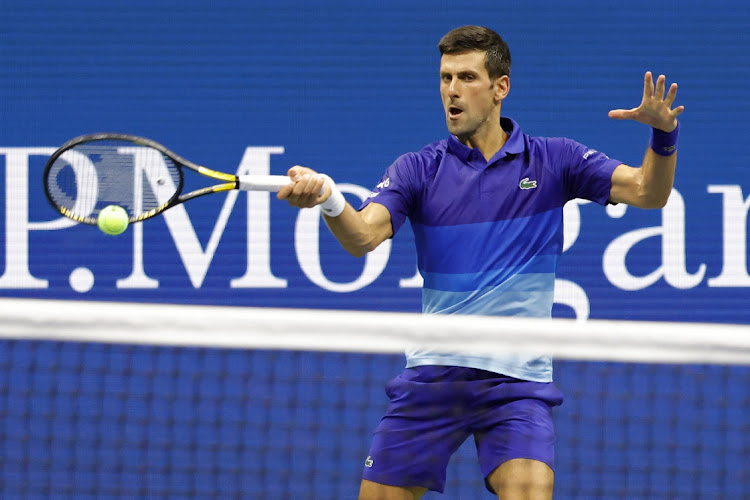 Novak Djokovic had hoped to have the crowd behind him as he began his bid to win the U.S. Open and complete the calendar-year Grand Slam, but the Serb said the atmosphere was "not ideal" as Flushing Meadows fans roared on his underdog opponent.

Djokovic, looking to become the first man since Rod Laver in 1969 to win all four slams in the same year, beat Holger Rune 6-1 6-7(5) 6-2 6-1 to advance to the second round after the 18-year-old Danish qualifier ran himself into the ground against the world number one.

Fans chanted "Rune" throughout and applauded the young Dane's bravery as he played on despite being hampered by cramp.

After wrapping up victory Djokovic did not deliver his customary post-match celebration - sharing his heart with all four sides of the court -- and he later said he thought the Arthur Ashe Stadium crowd had been booing him.

Naomi Osaka returns to the Grand Slam stage at the US Open on Monday and the buzz will also be back with fans bringing the celebrated New York energy ...
Sport
8 months ago

"I didn't know what they were chanting honestly. I thought they were booing," Djokovic said at a news conference.

"I don't know, it was not ideal atmosphere for me ... But I've been in these particular atmospheres before, so I knew how to handle it.

"It's the largest stadium in sport. Definitely the loudest and the most entertaining stadium we have in our sport ... Obviously you always wish to have crowd behind you, but it's not always possible. That's all I can say."

A three-time U.S. Open champion, Djokovic was playing his first match at Flushing Meadows since his disqualification from last year's tournament when he inadvertently hit a line judge with the tennis ball in his fourth round.

A fourth U.S. Open trophy would take him ahead of his great rivals Roger Federer and Rafa Nadal in the Grand Slam count, with the trio all on 20 titles.

"There are things that you can always rely on, go back to when you are experiencing a little bit of a turbulence in terms of emotions on the court or off the court," said Djokovic.

"When it gets too much, then I've developed a mechanism where I feel like I can mentally handle that.

"I do have a formula for many years that has worked well for me, that got me to where I am. At the same time, it's not necessarily a guarantee that it will work every single time."

Spaniard Rafa Nadal said on Friday that he will end his 2021 season early due to a left foot issue that has been troubling him for a year, ruling him ...
Sport
8 months ago

Novak Djokovic may not have played any US Open tune-up events but the Serbian will be the favourite in New York nonetheless as he looks to complete a ...
Sport
8 months ago

World number three Stefanos Tsitsipas said he would only get the Covid-19 vaccine if it became mandatory to compete in tennis.
Sport
9 months ago
Next Article