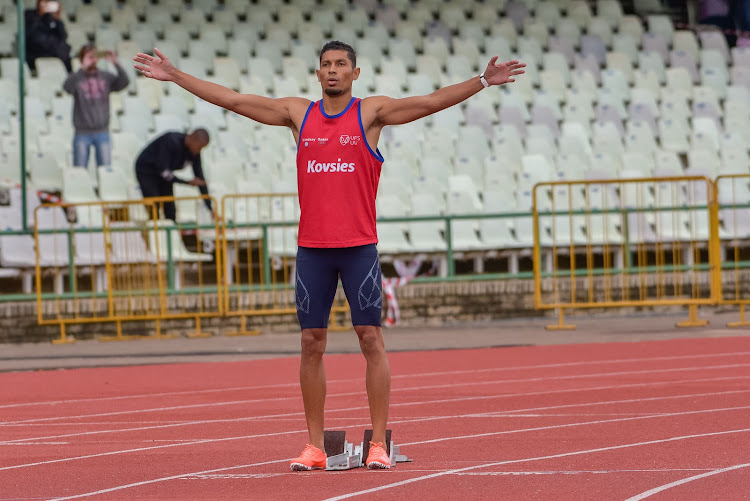 Wayde van Niekerk has yet to qualify for the Tokyo Olympic Games‚ and will have to beat the 44.90sec automatic entry standard before the qualifying window closes on June 29.
Image: Frikkie Kapp/BackpagePix

Wayde van Niekerk wanted to race the 400m in Budapest on Tuesday night‚ but he was pulled out by his own management as a precautionary measure because of a niggle in his lower back.

The Olympic champion from Rio 2016‚ who injured his right knee badly in late 2017‚ was supposed to have raced world champion Steven Gardiner of Bahamas and two of the four fastest men in the world so far this year‚ Americans Michael Norman and Michael Cherry.

But he pulled out just before the race‚ won by Gardiner in a season’s best 44.47.

“He was warming up for the race and felt a discomfort in his lower back‚” said agent Peet van Zyl. “He wanted to race‚ but both myself and Coach Lance [Brauman] pulled him from the race [because it’s] so close to Tokyo as it was not worth risking it.”

It is understood that Van Niekerk will pay a visit to see German doctor Hans Wilhelm Müller-Wohlfahrt‚ who has worked previously with the South African as well as Jamaican sprint legend Usain Bolt.

Van Niekerk‚ racing at top international level this season for the first time since his injury‚ pulled up during a 200m race in the US in May after feeling a tightness in his hip.

He returned to competition in Europe in June to seal his qualification for the Tokyo Olympics‚ which will run from July 24 to August 8.