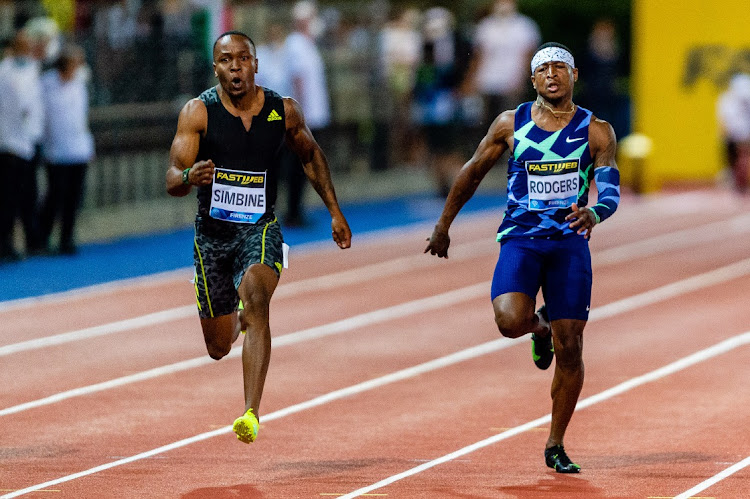 The SA Sports Confederation and Olympic Committee (Sascoc) is set to announce two Olympic flag bearers for the first time in the history of the sport.

Sascoc's first vice-president Lwandile Simelane said the new administration has chosen to do things differently in a bid to address the issue of gender equity in the Olympic squad travelling to Tokyo, Japan, next month.

Swimming sensation Tatjana Schoenmaker and athletics star Akani Simbine are the favourites to take over the roles of the flag bearers.

In 2012, Caster Semenya was the flag bearer at the London Olympics.

Schoenmaker and Simbine are medal prospects and are expected to produce podium finishes in swimming and athletics and follow in the footsteps of the previous flag bearers.

“This year we will announce a male and female flag bearer for the first time in history. We are not in the deciding phases yet as to which two athletes will make the list. I will not reveal the names, the president [Barry Hendricks] will do that. You will get the announcement next month. We are seriously considering two flag bearers because we are serious about the things that we say around gender equity,” Simelane told Sowetan.

She said what motivated the Sascoc decision to go with two flag bearers instead of one is the desire to address the issues of gender equity.

“We believe that it is important for a young South African to be able to see somebody just like them carrying the flag of the country walking on the biggest stage in the world. We are ready, we are here and what we say is what we do,” explained Simelane.

When Sascoc announced the first batch of 64 athletes who qualified for the Olympic Games last month, 28 of them were female.

Chad Le Clos’s gold medal and Elana Meyer’s tiny running kit are among the exhibits at the Olympic pop-up museum that opened at Fourways Mall‚ north ...
Sport
1 year ago

Renowned athletics coach Jean Verster expects a busy weekend for Athletics SA (ASA) as athletes will attempt to qualify for the Olympic Games in the ...
Sport
1 year ago

The Olympic Games cannot come soon enough for talented SA sprinter Gift Leotlela. The 23-year-old admitted that he would not have qualified for the ...
Sport
1 year ago
Next Article