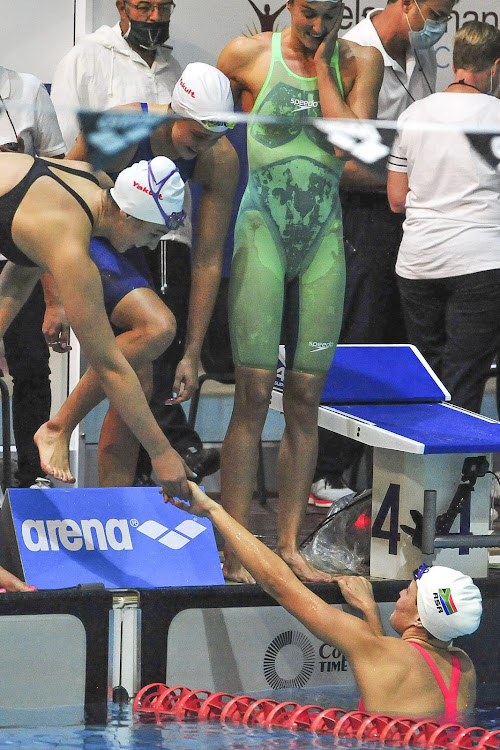 KwaZulu-Natal’s Emma Chelius became only the fifth swimmer to achieve an Olympic qualification time at the SA Invitational Aquatics Championships when she advanced to the finals of the women’s 50m freestyle in Gqeberha on Monday morning.

Meanwhile‚ Douglas Erasmus will be gunning for a qualification time of his own as he progressed to the A final of the men’s 50m freestyle when he clocked a time of 22.95‚ just under a second off the qualification time.

In the women’s 200m individual medley‚ Rebecca Meder made it to the A final as the fastest qualifier in 2:17.09 while Matt Sates will be the one to beat in the men’s final after stopping the clock on 2:05.07 in the heats.

Pieter Coetzé who swam in a 100m backstroke time trial‚ came agonisingly close to the 53.85 qualification time when he swam a 53.92.