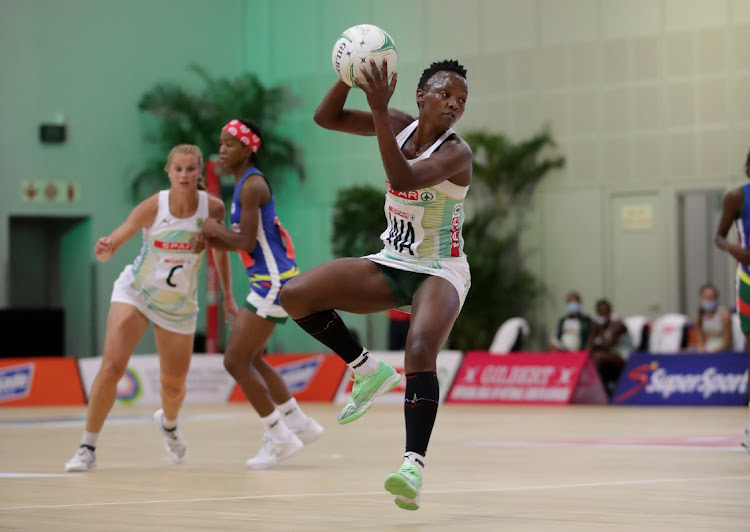 Badenhorst was brutal in her assessment of the team that consists of only four regular Proteas players in the absence of the overseas-based players. Before yesterday's match against Namibia, the Proteas had won all the four matches thus far.

At 4pm today, they meet Uganda whom they beat 53-30 in the second match of the opening day, after beating Namibia 66-31 in the first match.

The South Africans are top of the three-team mini-league table, with eight points from four wins. Uganda are in second place with four points, while the Namibians are still without a point.

However, Badenhorst feels her players lack the confidence that is required to play at international level and that they are battling nerves.

“Despite the wins, I still think we could not execute the game plan well. We will get back on the court to work on that. We [easily] lose the ball and structure, and give away many penalties. We struggle to get the ball in the circle; it all goes down to confidence, and we made many mistakes against Uganda," she said.

"The shooters struggle with the ball. It is difficult to take the mental toughness for the newcomers and the players with the experience are helping them. I hope that we will get better on those aspects of our game in the next two games."

Netball Proteas began the Spar Challenge Tri-Nations tournament with a 58-30 over Namibia at the Cape Town International Convention Centre on ...
Sport
1 year ago

Badenhorst to rely on key Proteas stars to clinch title

The long wait for the return of netball is finally over. The Spar Proteas will play their first match of the year against Namibia at the Cape Town ...
Sport
1 year ago

Preparations for the 2023 Netball World Cup move into another gear for the Proteas when they take on Uganda and Namibia in the Spar Challenge ...
Sport
1 year ago
Next Article